Nintendo Wii Game of the Year ’10 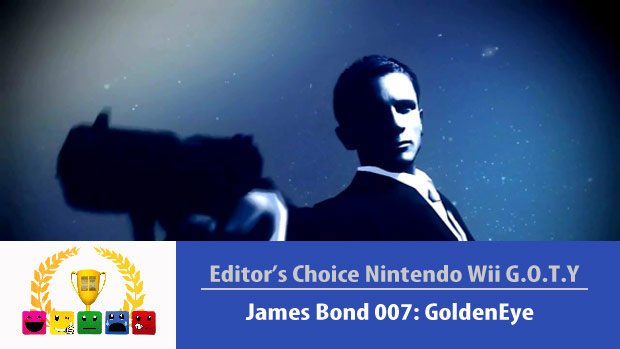 With so many competent shooters on the market today, one of the best to be released this year was on the non-shooter console.  007 Goldeneye was a flashback to what in all likelihood started the FPS multiplayer dominated world that we as gamers reside in today.  The game captured the essence of what made Goldeneye so popular in the first place back on the Nintendo 64 and ended up being a great new take on the James Bond lore, instead of re-hashed and redistributed modern day update to the old classic.

Our nominations for the 2010 Nintendo Wii GOTY readers choice were Super Mario Galaxy 2, Metroid Other M, Kirby’s Epic Yarn, Golden Eye 007, and Epic Mickey.  Thanks to everyone who voted.  The results below are the top three readers choice award winners, with Super Mario Galaxy taking home the title this year.  Honorable mentions include Golden Eye 007, which we chose as the editor’s choice, and received 7% if the reader’s votes. 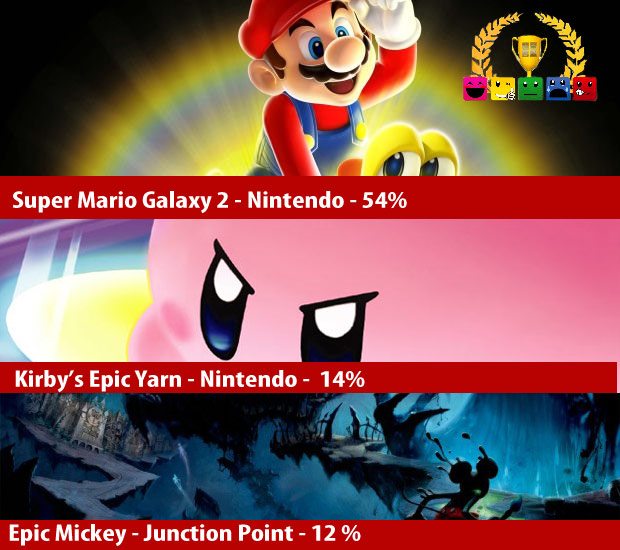