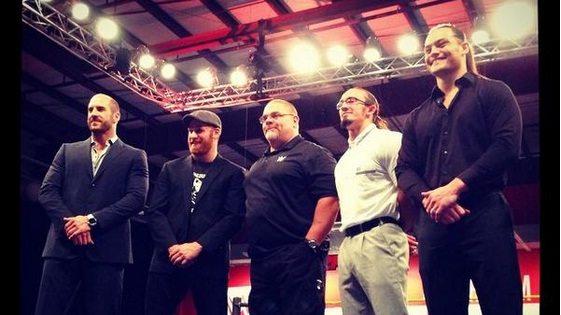 The official WWE 2K Twitter page has now confirmed three new wrestlers that will be in the WWE 2K15 roster.

The WWE 2K Twitter page showed some photos of 2K Games promoting the game at the Performance Center. Cesaro was there, although he’s already confirmed to be in the WWE 2K15 video game. The other three wrestlers haven’t been confirmed yet, until now.

Joining the WWE 2K15 roster will be Bo Dallas, Sami Zayn and current NXT Champion, Adrian Neville. All three men took the time to pose for photos in front of their own renders that 2K Games put up. The confirmation of these young wrestlers means that NXT will play a huge part of the new game.

With all these new WWE 2K15 roster additions, I’m pretty sure many male fans are eager to know if Paige is in the game too. She should be since Rusev and Bo Dallas are in the game. They all debuted on the main roster around the same time.