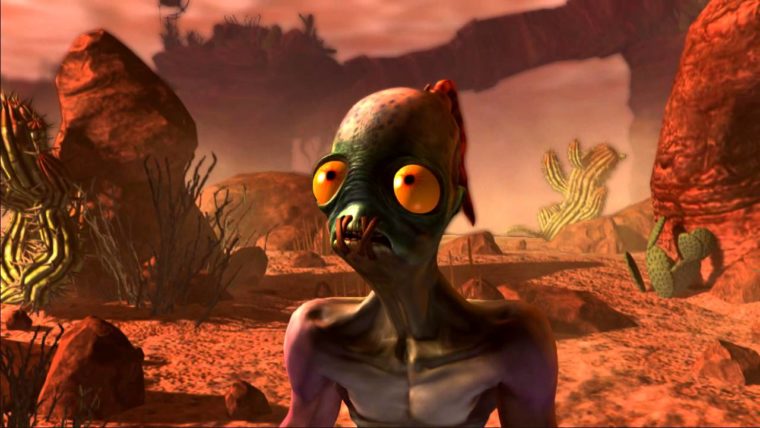 After receiving a critically acclaimed return to gaming on the PlayStation 4, the remake of Abe’s original journey, Oddworld: New ‘n’ Tasty will soon be released on other platforms.

Coming to Steam, Xbox One and PlayStation 3, New ‘n’ Tasty is a remake of Oddworld: Abe’s Odyssey. Featuring improved graphics, tweaks and even new areas for Abe to puzzle through the game aims to please both fans of the series and those new to the entire franchise.

Originally released back in 1997 the game follows a Mudokon slave Abe and his attempt to not only escape Rupture Farms but also to free his fellow slaves. Oddworld: New ‘n’ Tasty on all platforms comes with online leaderboards for speed-runs, Achievements (or Trophies), a QuickSave/Load feature and control settings which were previously requested by gamers.

Steam users will be the first to get their hands on the remake, after PlayStation 4 owners who can already purchase it. Available for PC, Mac and Linux the game will be launched on February 25th, for a price of $20 / £15 / €20: gamers can also save 10% by pre-ordering New ‘n’ Tasty on Steam. Currently, Xbox One and PlayStation 3 users will have to wait a little longer before venturing through Oddworld, with both versions planned for March.