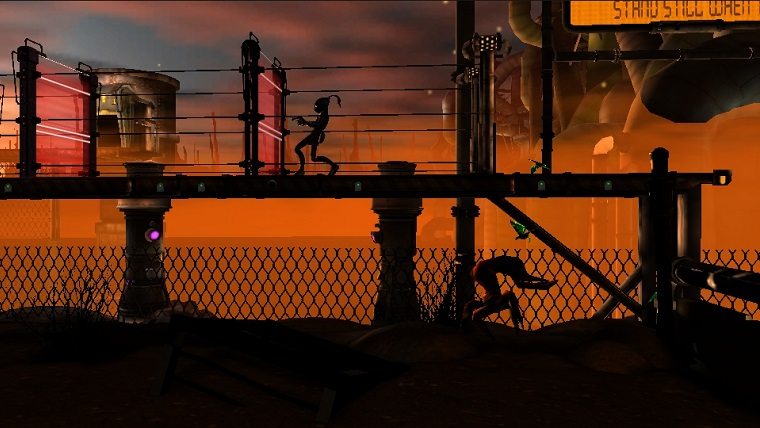 It has been a while since Oddworld: New ‘n’ Tasty originally launched, but the PlayStation Vita version of the game is finally available to download on PSN. The game is currently available at a discounted price of just $8 until 1/26/16, with the regular price of the game being $19.99.

The game is also cross-buy compatible, so for those of you who have already purchased the PlayStation 4 or PlayStation 3 versions of the game will be able to download the Vita one absolutely free.

The reason that the Vita version of the game took so long to come out is that a lot of it had to be reworked to accommodate the Vita’s unique hardware. Here’s what the devs had to say about it on the PlayStation Blog:

“For starters, we’ve reworked the controls considerably. Heaps of attention has been lavished on the individual buttons and sticks — tweaking the analog dead zones, doubling up the shoulder buttons and making sure that Abe always goes exactly where you want him to no matter what.”

“So, the two “old school” control settings from the PS4 version have been made the default. This means that X hops you forward, not up; and the left analog stick is used to walk, not run. For the latter to happen, you hold down the R trigger, and, similarly, the L trigger is used to sneak. Push both triggers to chant. It’s a fluid, intuitive system that takes all of ten seconds to master, and then you’ll wonder why we didn’t do that at first!”

While Oddworld: Abe’s Oddysee is currently the only game in the series to get the remake treatment, the developers have previously stated plans to remake other games in the series, as well. The next game in the series is called Abe’s Exoddus and takes place immediately after the events of the first game.