Ouya wasn’t exactly received with critical acclaim when it launched in June last year. Then there were issues regarding the console being used to emulate older consoles, poorly managed PR and all the controversy surrounding the “Free The Games” fund. The console has come a long way since then though.

They have managed to save the “Free The Games” fund and their catalogue of games stood at 647 at the time of writing this. Not bad a number for a console that is just 8 months old. The team has also been working on the hardware aspects of the console.

Speaking to Polygon in October last year, Julie Uhrman was confident that the enhanced controller was a lot better than the one that shipped with the console back in June and which pretty much all users had issues with. The underlying software was improved to reduce the latency and lag that users were experiencing, the thumbsticks are now more textured, the triggers were tightened and action buttons were tweaked too so that they no longer stick when depressed. None of the changes were called to public notice and the change was made silently with consumers not even knowing that they had an improved controller now until they actually got it.

More recent changes include improvement to the storage space. While the original console shipped with 8GB of internal storage, the currently available model has an internal storage of 16GB. The Wi-Fi connectivity has been boosted and all firmware updates are now pre-loaded. The console also looks better in the new black matte finish. It retails for 129$ for those interested. 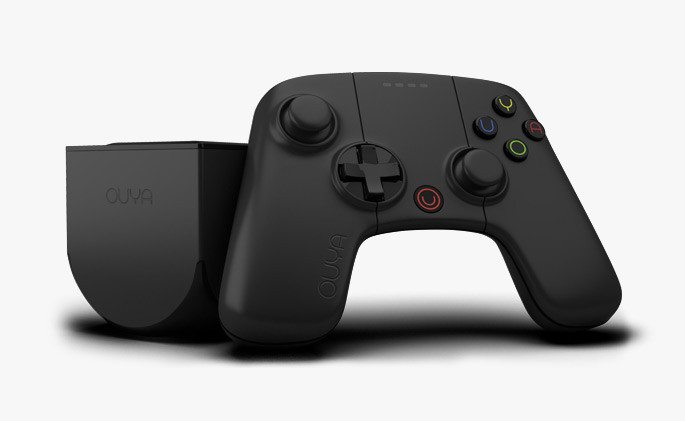 More radical changes are due when Ouya 2 arrives later this year since Ouya has an annualised release cycle.

For a console that was nearly about to be written off, it’s recovering well and their commitment to improve their product so that costumers get their money’s worth is appreciated. Looking forward to where the console goes next… What about you?