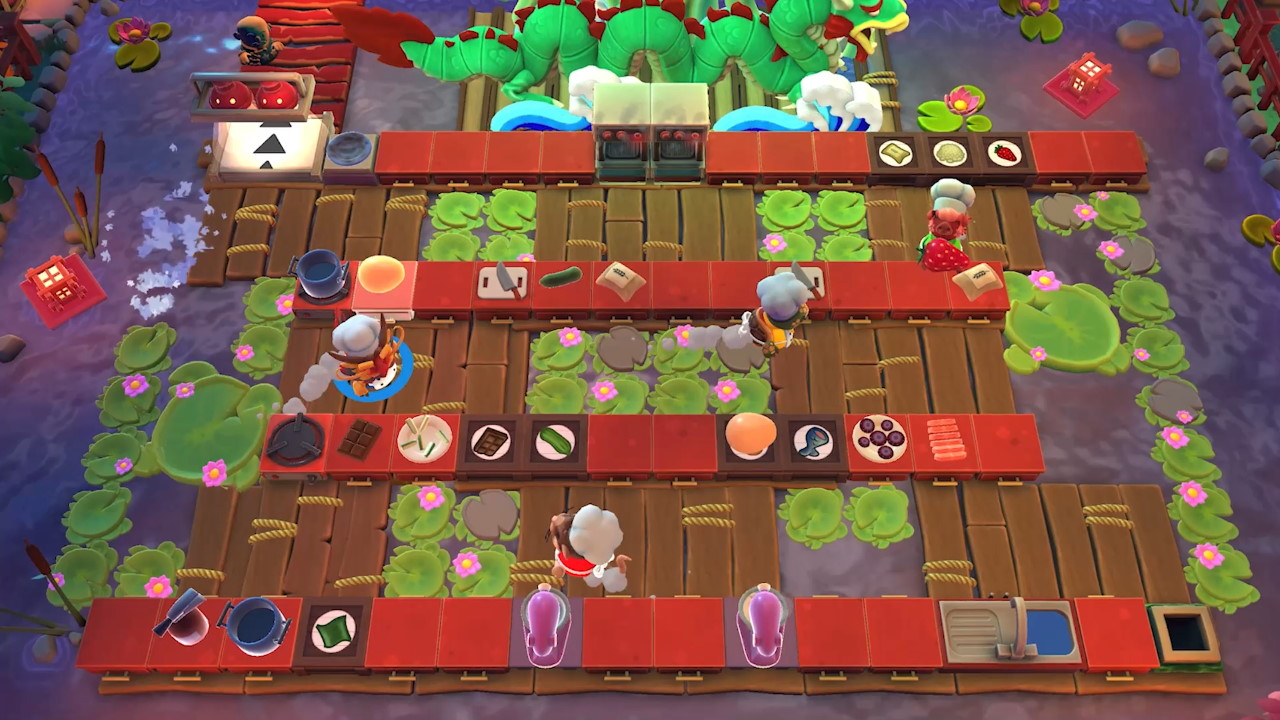 Overcooked 2 is getting even more free DLC today with the release of the Moon Harvest Festival seasonal update. This set of new missions serves up some new recipes, kitchens, and much more. It’s the latest in a long line of free DLC for the cooperative cooking game which will also be launching with a massive collection on the new consoles. This new free DLC should help with the wait for that new release though, giving players even more to do with Overcooked 2.

“Team17 and Ghost Town Games are today serving up fresh new content for Overcooked! 2 players to celebrate the start of the annual Mid-Autumn Festival, celebrated across China and East Asia,” reads the announcement. “The free Moon Harvest Festival update, available now on PC and consoles, sees Kevin the Dog and The Onion King welcome in the autumn/fall season with three varieties of mooncakes – the traditional dessert for the celebrations – on the menu, along with five new levels in which to cook up chaos, and the introduction of hazardous lily pads that can barely hold a chef’s weight.”

The Moon Harvest update is available for all players, whether they picked up the season pass or not. It will also be included in Overcooked! All You Can Eat which will combined Overcooked!, Overcooked 2, and all of their DLC into a single package for both PS5 and Xbox Series X/S. That is planned to hit later this year, though we don’t have any official date. Until then though, there’s plenty of Overcooked to dive into. If you haven’t played through the previous seasonal updates they offer a lot of new recipes and mechanics to try out. This new Moon Harvest looks like another great addition to an already content-packed game, so be sure to jump on and try them if you haven’t, or get ready for Overcooked: All You Can Eat when it arrives later this year.