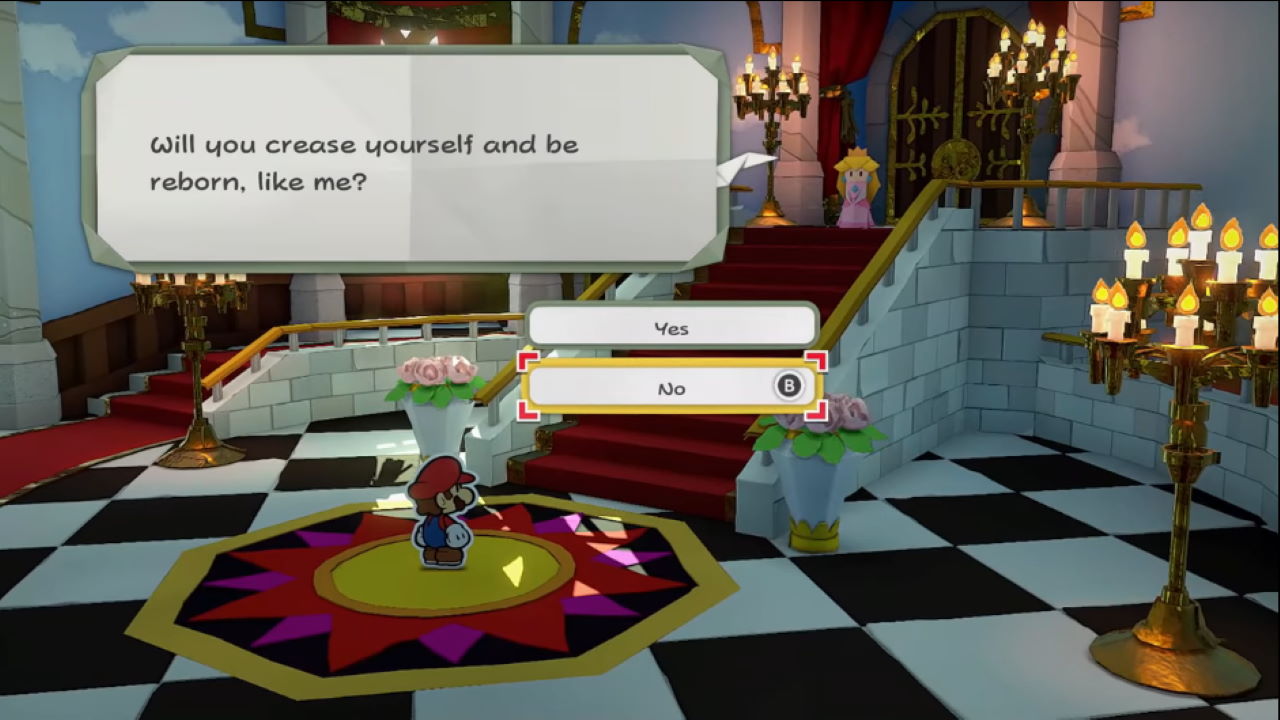 I guess if there’s no E3 this year we’re just gonna start randomly announcing games on a Thursday morning. That seems to be the strategy here as Nintendo dropped some huge news today in the form of Paper Mario: The Origami King. A new game for Nintendo Switch, this marks the action-RPG’s debut for the latest console from the Big N. And this isn’t some port or remaster of an old game, it’s brand new and looks pretty fantastic so far, featuring the color, charm, and humor that the series is well known for.

The world of Paper Mario is in turmoil once again as The Origami King seems to be taking over our beloved characters minds. Folding them into truly creepy and disturbing forms, Mario is the only thing standing in the way of total Mushroom Kingdom domination. And along the way there seems to be plenty of jokes and humorous situations, including a great one at the end of the trailer below, so be sure to watch till the last second.

As far as the graphics and gameplay, they all appear to be classic Paper Mario once again. Visuals are looking better than ever, keeping with the style seen on recent 3DS and Wii U releases, but upgraded for the more current system. And the gameplay appears to follow the usual mix of 2D platforming with more open RPG-style areas. We’ll have to wait for a deeper dive to get into the real nitty gritty, but the battle system looks totally revamped. Featuring rotating platforms but still working off of a turn-based system, it’s gonna be interesting finding out how this all works in the final game.

You won’t have too long to wait though since Paper Mario: The Origami King hits Nintendo Switch on July 17th, 2020.