The latest news in the world of video games at Attack of the Fanboy
May 25th, 2012 by William Schwartz 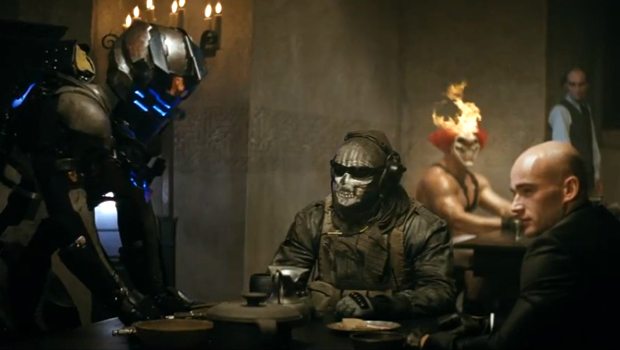 If the DRM system and concept of expensive and necessary DLC has not made you slightly cynical about the gaming industry over the past few years, wait until you hear about Sony’s bright new idea.

Discovered by a user on NeoGAF, a Sony patent was evidently filed in July 2011 under “Advertisement Scheme for use with interactive content.” Essentially, the technology would work just as commercials do with cable television. Your gameplay gradually slows down as a message warns you that your game will be momentarily interrupted.

The patent itself uses the example of, “BEST BRAND SODA. You’ve got to try it!” After this short ad rudely interrupts what was probably an important boss fight or car chase, another message appears telling you that the game is about to resume. You are then returned to your regularly scheduled game which is already in progress.

Though it’s possible that Sony would more than likely generate a hefty profit from selling paid advertisement content to companies willing to risk the reputation of their products by disrupting gamers’ digital lives, the backlash from the gaming community would ultimately trump whatever extra revenue Sony thinks they can grab. Adding in-game ads is one thing, but interrupting the game itself for a commercial, reminding players that they are in fact playing a game, is something worthy of revolutionary reaction.

Just imagine being forced every 30-minutes to watch the insincere, abrasive voice and smile of Flo from the Progressive commercials or listen to those no talent a**holes from the FreeCreditReport.com band. Yeah, I believe such technology will be ruled unconstitutional on the grounds of cruel and unusual punishment.