Payday 2 Now Lets You Commit Crimes as a Unicorn

The latest news in the world of video games at Attack of the Fanboy
August 21st, 2014 by William Schwartz 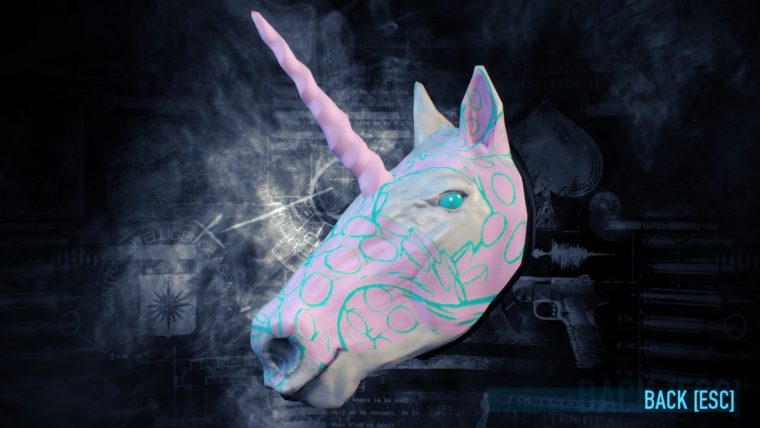 Last month, we here at Attack of the Fanboy notified you about Payday 2’s Crimefest event. The anniversary event has been slowly making its way through the community milestones, with the total Payday 2 community member count sitting at 1,269,163 at the time of posting. We already received the first reward in a recent update, which consisted of a money bundle melee weapon and a shotgun revolver called The Judge. Now the second reward has been added to the game in Update 34 and it’s something magical.

The 1,100,000 member mark was passed a while ago, but we’re finally being given that special mask from Bain. The aforementioned mask lets you commit various felonies all while sporting a unicorn head. Never before have these mythical, rainbow-producing legendary animals looked so menacing (or well dressed). And you can embrace the spirit of this fairy-tale creature while you level high-powered firearms at police officers for free if you are currently a member of the game’s Steam community group.

The latest update also brings a few other, less exciting changes to Payday 2. The short changelog can be viewed below:

The Old Hoxton breakout heist and Old Hoxton playable character are next in line to be rewarded to players. Check back regularly as we’ll be sure to keep you updated on their availability.