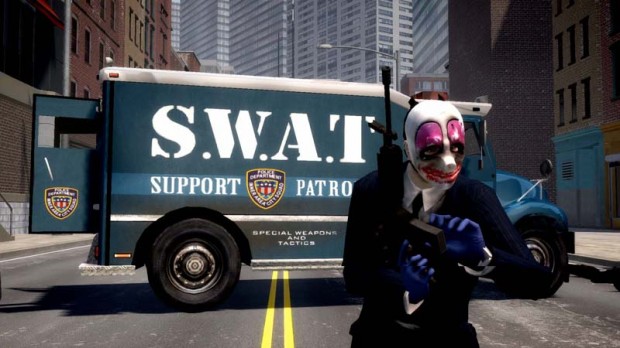 Payday: The Heist saw a slight delay but is ready for release.  Next week, PlayStation 3 players in North America will get the chance to team up and cooperatively playthrough the game’s six heists.  No firm dates for the European PSN version of the game, or the Steam version, but it’s expected that the games will arrive in October.

Payday: The Heist was part of the PSN Play program. If you participated, you could be scoring a free copy of the game, but that would have required you buying all of the games featured in the promotion : “Street Fighter III: Third Strike, The Baconing, Blood Rayne Betrayal, and Renegade Ops.

Have a look at some screenshots and the Slaughterhouse video for Payday: The Heist, below.