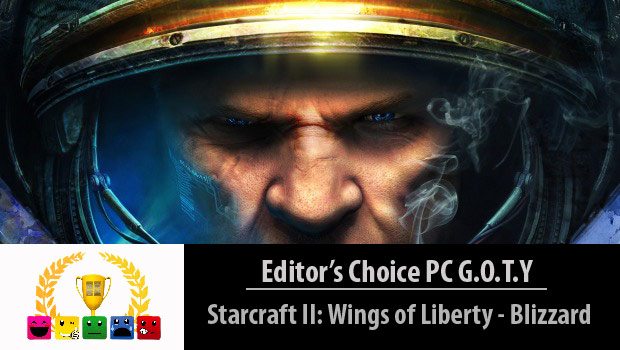 Our editor’s choice for the PC Game of the Year was an easy choice.  Many PC games don’t showcase the abilities of the PC and can be played elsewhere and more often times are.  Starcraft II, can only be found on the PC, and only be played on the PC at this time.  And surprising for a game based around the multiplayer component of the title, Starcraft II: Wings of Liberty tells a very intriguing tale in the single player department as well.  When you combine this with the multiplayer which RTS fans the world over can attest to, is the best in the business.

Our nominations for the 2010 PC GOTY reader’s choice were StarCraft II, WoW: Cataclysm, Civilization V, Warhammer 40,000 DoWII-Chaos Rising, and Command & Conquer IV Tiberian Twighlight.  Thanks to everyone who voted.  The results below are the top three reader’s choice award winners, with StarCraft II: Wings of Liberty taking home the title this year. 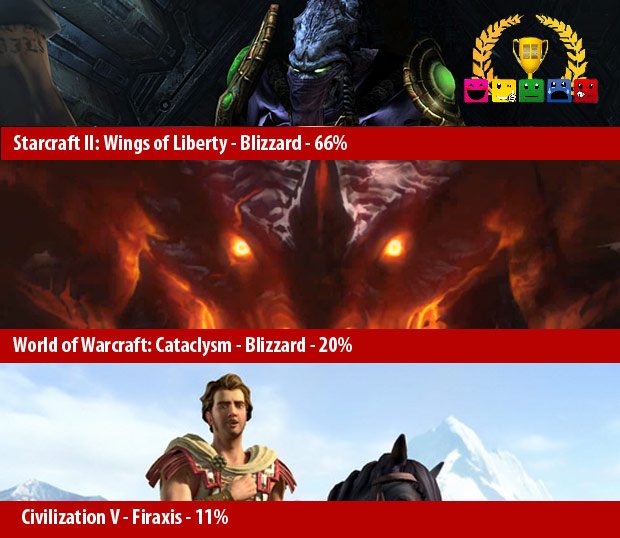