PC Version of Destiny 2 May Arrive After Consoles

The latest news in the world of video games at Attack of the Fanboy
May 18th, 2017 by William Schwartz 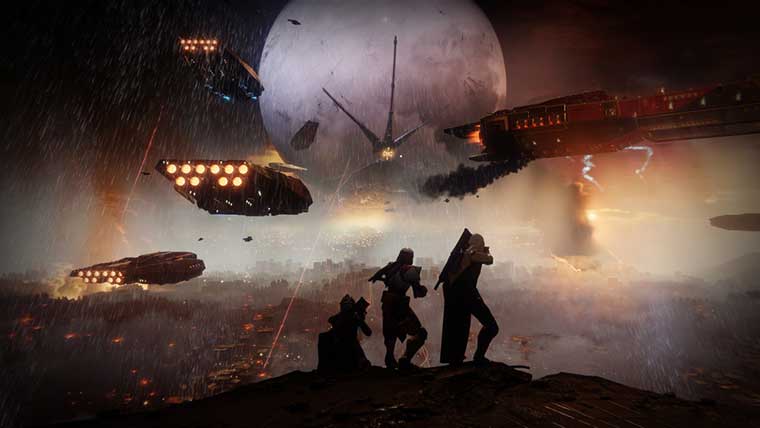 Bungie will be making a splash in PC gaming this year with the release of Destiny 2.  First and foremost, they’re forgoing the normal route of releasing on Steam and releasing on Blizzard’s Battle.net instead.

Apparently, the PC version of Destiny may have a slight delay compared to console versions.  According to a report from Game Informer, Destiny 2 does not have a concrete date for release unlike the console versions of the game.

While this doesn’t necessarily mean that the PC version will be delayed behind the Xbox One and PS4 versions of Destiny 2, Bungie hasn’t yet put a concrete release date on this version.  Could we wind up with a situation similar to Grand Theft Auto V?  It doesn’t sound like Bungie will be waiting that long, but without a concrete release date some Destiny players may be double-dipping come September.

Destiny 2 was revealed today in full, and it sounds like the PC version is pretty solid.  Bungie also announced new features for Destiny 2 that include matchmaking through clans for things like Raids and Nightfall Strikes, four new planets for players to explore, and of course the reveal of Battle.net being the exclusive home of Destiny 2 on PC.

Destiny 2 is heading to consoles on September 8th.  The PlayStation 4 and Xbox One versions are locked in, while the PC version could take a little while longer to arrive.