More people in the United States “like” Xbox One

The latest news in the world of video games at Attack of the Fanboy
June 22nd, 2014 by William Schwartz 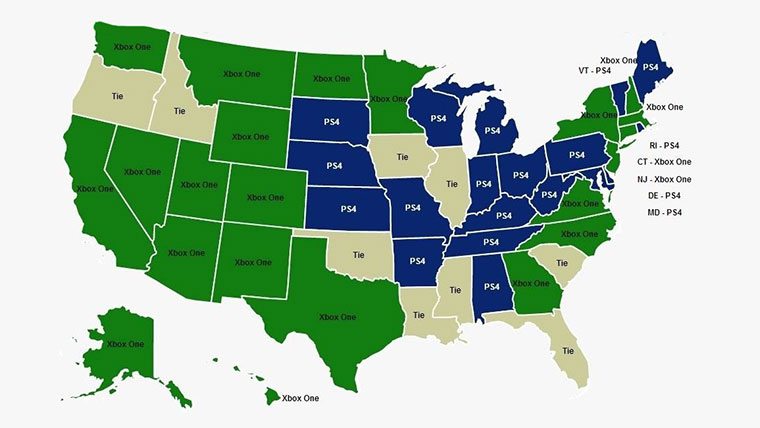 Microsoft, Sony and Nintendo are currently duking it out with their next-generation platforms. The Xbox One and PS4 have had success out of the gate, while the Wii U has recently picked up some steam. Users across the world are adopting the next-generation with open arms, but here in the United States it’s a pretty tight race in the “console war.”

While we’ve not been given exactly numbers, consumers are voting with their dollars for the PlayStation 4. Sony has topped the NPD Charts in hardware sales for the past five months. Though Movoto Real Estate has looked at a different metric for which console is the most loved: Facebook Likes.

According to the data compiled, 22 states prefer the Xbox One. 19 states prefer the PlayStation 4. 9 states have yet to make up their minds. It’s a tight race indeed. Unfortunately, the Wii U failed to win any states using the Facebook data, but there’s no telling when this information was compiled.

You can check out the full breakdown of the Facebook analysis on the Movoto Blog.