The latest news in the world of video games at Attack of the Fanboy
May 6th, 2017 by Jose Belmonte 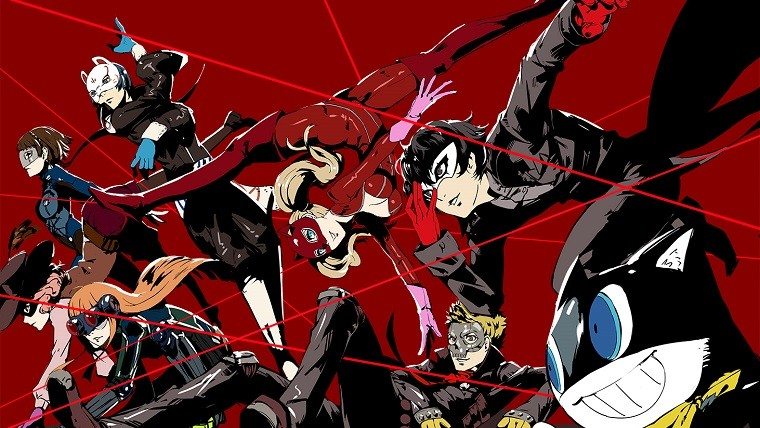 Persona 5 has stolen the heart of North American gamers, as April’s rank of top selling games on PlayStation Store proves. The turn-based RPG from Atlus rose as the best selling game in PS4 and the third-best in PS3, a feat that could not be accomplished in Europe, where the title charted outside the top 10. All of this in a month marked by the digital Easter sale, that provided a boost to veteran titles.

Since its official presentation, Persona 5 set expectations sky high. The series had been building a lot of momentum in the past years with the excellents Persona 3 and Persona 4 Golden, the latter experiencing a boost of sales in PSVita this month. And it seems like the final product is worthy of all this attention, considering the glowing reviews it has received, including our very own, and also its good placement in top selling ranks like this one for PlayStation Store.

Sadly, the same feat could not be achieved in the rank for the European regions, with the game only entering at number 13 of the top 20. While the game enjoyed great sales the week of release, it seems like the lack of a translation to languages like French, German, Italian, or Spanish, has hurt its chances for long term sales. Here’s hoping that Atlus sees this as an opportunity to expand the sales of the franchise by providing a better localization in future entries.

The other big players of the month were mostly those titles which enjoyed the best discounts for the Easter holidays, like Grand Theft Auto V, Uncharted: The Nathan Drake Collection and The Last of Us Remastered. In the European chart, the highest re-entries were for GTA V, Middle-Earth: Shadow of Mordor, Sniper Elite 3, and Dragon Age: Inquisition.

Check out the full charts.

Check out the full charts.