PlayStation 20th Anniversary Sale Is One For The Ages 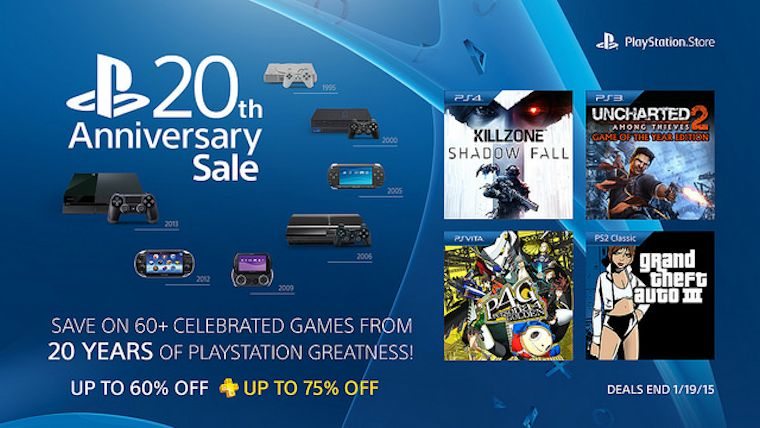 As revealed by the official PlayStation blog, this sale is made up of games across PS4, PS3, PS Vita, and even PSP. With so many platforms and genres, there is bound to be at least something in this list for you. RPGs are incredibly strong, with a slew of classic Final Fantasy titles, along with newer games like Persona 4 Golden. The following is the full list of sales for each platform: