Playstation 3 Game of the Year ’10 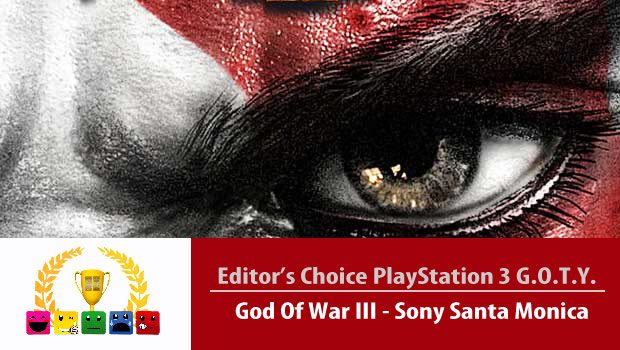 Our editor’s choice for the PlayStation 3 Game of the Year in 2010 goes to none other than God of War 3.  The highly stylish sequel to the long running franchise was arguably the best God of War to date.  Epic boss battles, Stunning graphics, and one the most memorable storylines of 2010 made this PlayStation3 exclusive the clear cut winner in our eyes.  God of War 3 showcases the raw power of the PlayStation 3 console and pushed our expectations to the limits of what to expect going forward in this current generation of gaming.

Our nominations for the 2010 PlayStation 3 GOTY readers choice were God of War 3, Gran Turismo 5, Heavy Rain, M.A.G. , and White Knight Chronicles.  Thanks to everyone who voted.  The results below are the top three readers choice award winners, with God of War 3 taking home the title this year.  Honorable Mentions include M.A.G.  which pulled in 7% of the votes. 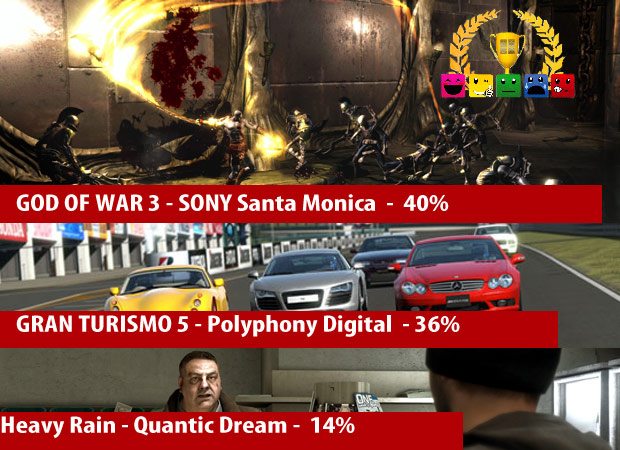