The latest news in the world of video games at Attack of the Fanboy
January 16th, 2011 by Bill Hess 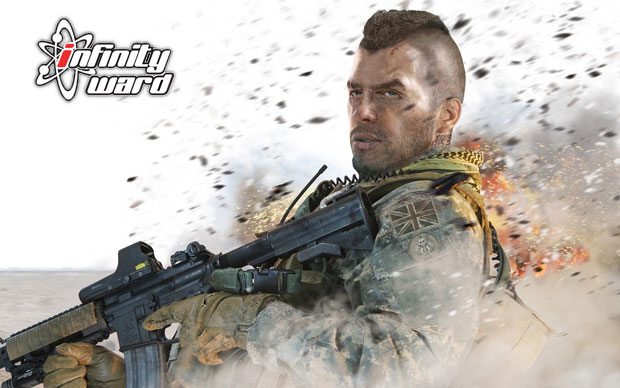 This weekend as hacks and games modifications have become more prevalent on the PlayStation 3 Online Network, Infinity Ward has pointed the finger at Sony. The developer of the Modern Warfare franchise has fessed up to there being some major problems on the PlayStation 3 version of the game, but claims that they cannot do anything about it until Sony has sorted out the security issues.  The Infinity Ward Staff took to the company forums to address fans and had this to say:

“Sony has recently acknowledged a breach in security on the PS3 which resulted in games to become exposed to exploits and hacks. Modern Warfare 2 is no exception to this security exploit and we understand that some of you have experienced problems with stats and other issues associated with this.

Games rely on the security of the encryption on the platforms they’re played on, therefore; updates to the game through patches will not resolve this problem, unless the security exploit itself is resolved on the platform. Regretfully, Call of Duty games are receiving the bulk of the hacker’s attention, due to its high player counts and popularity. However, the number of legitimate players severely outweighs the bad apples.

If you are concerned about playing with players who are hacking, I encourage you to play exclusively with friends by utilizing the party or private match options in Modern Warfare 2 and Call of Duty 4 to avoid such players as much as possible until this issue is resolved by Sony.

At this time, we do not have the ability to restore or adjust individual stats.

Let me assure you, while we are very reliant on Sony updating their firmware and security to address the core problem of this issue. We are looking at EVERY option available to us to help any user affected.

This only applies to legacy games such as Call of Duty 4 and Modern Warfare 2. In the future we plan to adjust our approach to not rely solely on platform security and reduce the ability for this to happen in our games, as has already been displayed by the work Treyarch has done on Call of Duty: Black Ops to prevent similar measures.”