The latest news in the world of video games at Attack of the Fanboy
February 2nd, 2017 by Jose Belmonte 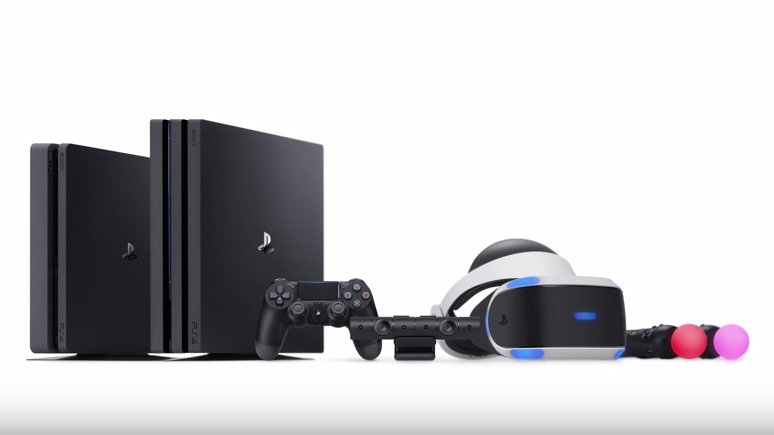 PlayStation 4 numbers keep impressing in Sony’s latest financial report. While most divisions reported an income loss due to foreign exchange rates, the gaming segment soared with record results that puts not only all of their segments higher than last year, but PlayStation 4 hardware particularly broke the distribution record that PlayStation 2 held until now for number of sold in consoles in a single quarter.

Sony shipped 9.7 million of PlayStation 4 consoles worldwide in the last months of 2016, up from the 8.4 consoles distributed last year in the same period. The 2016 number includes sales of the Slim and Pro models, which makes clear that the launch of a cheaper model and another one more powerful had a positive impact. This is the quarter with most PlayStation consoles shipped in history, the previous holder being PlayStation 2 with 8.8 consoles shipped during the second quarter of the fiscal year 2003.

This is the quarter with most PlayStation consoles shipped in history

PlayStation 4 has distributed now 57.1 million consoles worldwide and is on track of reaching the target of 60 million by next March. That may be possible thanks in part to a strong line-up of software exclusives that includes Horizon: Zero Dawn, Kingdom Hearts 2.8, Gravity Rush 2, Nioh and the VR mode of Resident Evil 7, and the release of the White Glacier model of PlayStation 4 in Europe and Asia.

On a general scale the Game & Network Services (including hardware, software and digital services) experienced a sales increase of 5.2% compared to last year, amounting to an operating income of $431 million. That is mainly due to an increase in PS4 software sales, the reduction of PS4 hardware cost and the release of PlayStation VR. Those factors were enough to overcome foreign exchange rates and the price reduction of PS4.

The other protagonist of the financial report for a completely different reason is the Pictures division, as it registered a huge $920 million quarterly loss based on “revising the future profitability projection for the pictures segment.” In other words, Sony had set some financial expectations in the long term when it acquired Columbia Pictures in 1989. As the company is now in the process of reconfiguring the business model for Sony Pictures, it has decided to assume that change of expectations as a financial loss in this fiscal year.

Plus, the division itself hasn’t performed as well as in 2015, when it enjoyed the success of films like Spectre and Hotel Transilvania 2.