The latest news in the world of video games at Attack of the Fanboy
January 26th, 2017 by Jose Belmonte 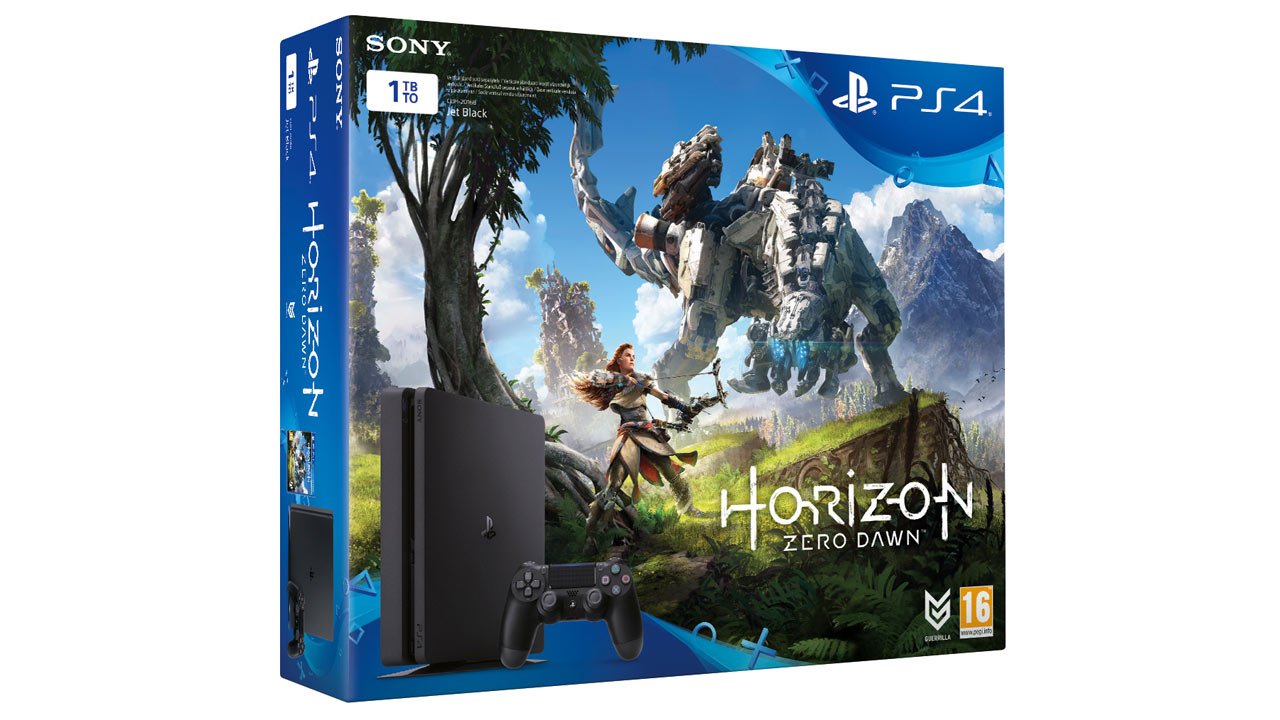 The European PlayStation blog has announced the release of a PlayStation 4 bundle for one of Sony’s hottest exclusives of the year: Horizon Zero Dawn. The package, expected to launch in European countries alongside the game on March 1st, includes a Slim version of the console with 1Tb of memory, a Blu Ray copy of the game, and a 3 month subscription to PlayStation Plus, the service that grants users access to online multiplayer and two PS4 games every month.

Details on the price have not been revealed. Instead, the Blog urges readers to contact retailers to check prices and availability.

Developed by Killzone creators Guerrilla Games, Horizon: Zero Dawn is a third-person action game set in a post-apocalyptic future where humans have regressed to a prehistoric stage and machines have evolutioned into a form of wild animals.

Players take control of Aloy, a strong character in the tradition of the best female videogame protagonists, who travels the vast world hunting preys, discovering new tribal societies and uncovering secrets from another time hiding underground. The developers promise an adventure filled with thrilling fights against mechanical creatures and an emotional story arc.

The game is the most ambitious development of the studio this generation, and it was scheduled to launch in 2016. However, Sony announced a delay to March 2017 in order to give Guerrilla enough time to fulfill their vision.

The title certainly looks better than ever in the latest trailers, which showcase a wider variety of scenarios and a strong narrative effort, that makes the story of the game feel closer to the experience of current Western RPGs.

As stated, the Horizon bundle has only been announced for European countries for now. Regarding a North American release, respresentatives of Sony America have declared to Gamespot that they don’t have anything to announce at this moment, which hopefully just means that we will see a release at a later date.

Horizon: Zero Dawn releases in North America on February 28th and in Europe on March 1st, and gamers can purchase it in a wide variety of editions, including standard digital and physical, deluxe digital, a limited edition with a steelbook case, an artbook and digital content, and a collector’s edition that adds more physical items.

Check out the latest cinematic trailer below.