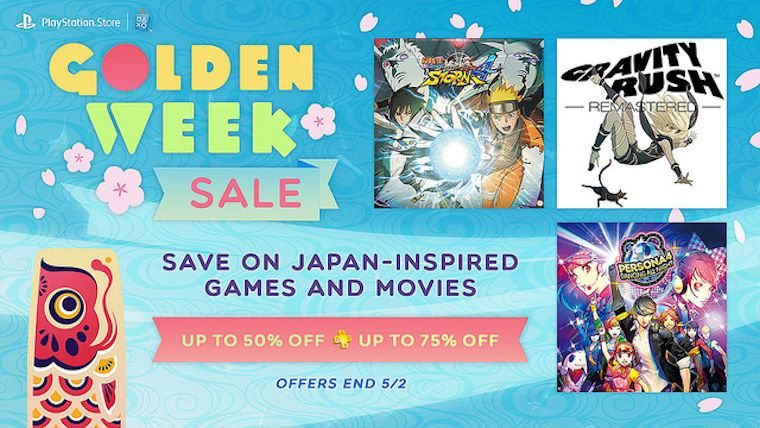 The Japanese Golden Week is an annual week long celebration that houses four separate holidays within it, with it playing a big part in Japanese culture. The PlayStation Store has celebrated this event in the US in the past and they are once again doing it this week with a special Golden Week sale.

In honor of the Golden Week, the PlayStation Store has put together a solid sale that includes a number of games for PS4, PS3, PS Vita, and even a couple for PSP that are Japanese developed as revealed by the official PlayStation blog.

PS4 owners will find not just some smaller games like Hatoful Boyfriend or Rainbow Moon, but also bigger name titles like Digimon Story Cyber Sleuth, Naruto Shippuden: Ultimate Ninja Storm 4, and Final Fantasy Type-o HD. There are even more PS3 games on sale that include both regular PS3 games and some PSOne classics that are also playable on PS Vita.

The PS Vita itself has one of its best represented sales in a long time, with more than 20 options that include the Atelier and Hyperdimension Neptunia series. PSP also has two games available from the Mega Man or Harvest Moon series.

This special Golden Week sale will run through next Monday, May 2, so don’t miss out on these great deals.