The latest news in the world of video games at Attack of the Fanboy
March 9th, 2017 by Jose Belmonte 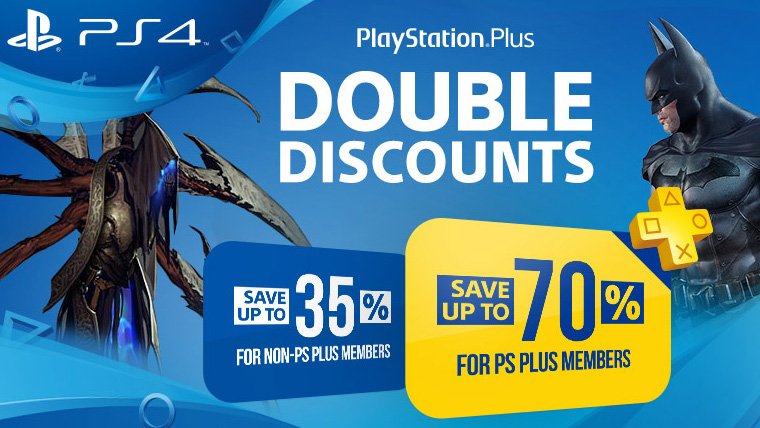 New deals arrive this week to the European PlayStation Store, with a wide selection of games with double discounts for PlayStation Plus users, giving us the chance to get some titles up to 70 % off their regular price. The other deal of the week is Hitman: The Complete First Season with a 51% discount.

Counting the games for all PlayStation platforms, there are more than 370 titles at a special price this week. A really wide selection that covers productions of all kind, from big franchise entries like Call of Duty: Infinite Warfare, Deus Ex: Mankind Divided, The Witcher 3 or Fallout 4, to popular indie titles such as Don’t Starve Together, Firewatch, Terraria, The Escapists or the excellent Salt & Sanctuary.

And people wo have been waiting to get some of those PS2 classics now have the opportunity to get the third entry of Grand Theft Auto, plus Vice City and San Andreas, and other Rockstar games such as Canis Canem Edit or the original Max Payne. Capcom offers three entries of Dead Rising as well.

You are tired to spending a lot of money on big productions? You can also get some arcade-like games at a very small price, such as the very enjoyable Bastion, Metal Slug 3 and Anthology, PixelJunk’s Monsters Shooter of Worms Anniversary and WMD, among many others.

Not only that, but you can also get a special discount preordering future releases such as Parappa the Rapper Remastered, Loco Roco Remasterd, Snake Pass or Rain World.

PS3 and PSVita users mostly share the same discounts when available, but they also get some unique titles at a special prize, such as most entries from series such as Castlevania, Disgaea, Hitman, Metal Gear Solid, Tomb Raider, or Zone of the Enders.

And remember that if you spend €50 in the PS Store during the whole month of March, you will get a €10 voucher to spend in April.

Check out the full list of games in the European PlayStation Blog.