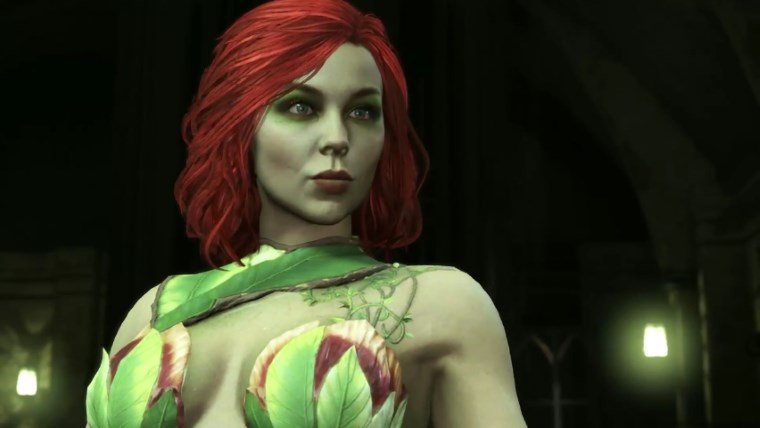 Previously shown off only as part of an ensemble trailer, Poison Ivy now has her own debut for Injustice 2. The fan favorite character will join the roster of the upcoming fighter title, bringing her signature style with a very unique looking move set.

“Dr. Pamela Isley was once an innovative, radical botanical biochemist with a singular goal: make the world safe for plant life to flourish,” reads the description on the video, which you can see below. Poison Ivy has always been an interesting character in the DC universe. Often portrayed as a villain, her only real desire is a safe world for plants. If that means wiping out all human life, then so be it.

Injustice 2 comes from the makers of Mortal Kombat, so its fighting system is a well tuned machine at this point. Its character roster keeps expanding, so the balance is likely tough to maintain, but most players trust the developer so excitement is only getting higher.

The story of Injustice 2 involves the usual DC tropes of alternate universes and evil versions of some of out favorite heroes. However, this new game will take place entirely within the alternate, dystopian universe that was seen in the previous title. The first game had a deep and engaging storyline, so fans are anticipating the same here. This one follows after the events of the first game, with Superman having been defeated, and our mixture of heroes and villains scrambling to pick up the pieces.

Batman is trying to put things back together, but a new group of super villains is making life tough. Can the heroes band together to fight off The Society and save this war torn world from total destruction, or will they descend further into dystopia?