The latest news in the world of video games at Attack of the Fanboy
July 6th, 2017 by Dylan Siegler 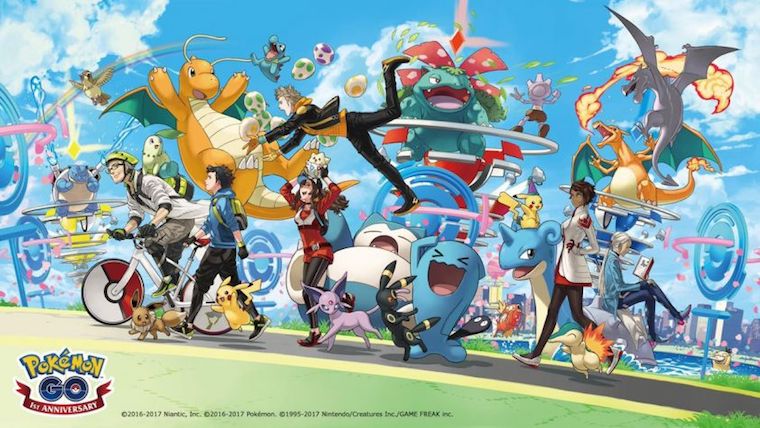 One year ago today (July 6), Pokémon GO first launched. Since then, it has gone on to become one of the most successful mobile games ever. Niantic, the game’s developer, has announced several events in time for the game’s first anniversary, including the game’s biggest update that included new Gym mechanics and Raid Battles, as well as a real-world event that will take place in Chicago later this month. Today, they announced another in-game event that will last from July 6 through July 24.

This event, unlike the Gym and Raid Battle update that happened to happen around Pokémon GO‘s anniversary, is made specifically to celebrate the game being out for a year. In this event, players will be able to catch a limited-edition Pikachu that wears a hat akin to the one Ash Ketchum wears in the earlier episodes of the Pokémon anime. Additionally, an “anniversary item pack” will be available from the game’s in-game store that will include Egg Incubators, Max Revives and Ultra Balls at a discounted rate.

Niantic also recently announced that they are teaming up with UK company Big Heritage to “curate historical locations throughout the ancient city of Chester within Pokémon GO to encourage community engagement and education.” On the weekend of July 22, the annual Chester Heritage Festival will take place and this year it will include in-game and real-world Pokémon GO activities all over the city of Chester. Historical landmarks will become PokéStops and schools will use Pokémon GO as a way to teach young people about the history of the city.