The latest news in the world of video games at Attack of the Fanboy
December 21st, 2017 by Dylan Siegler 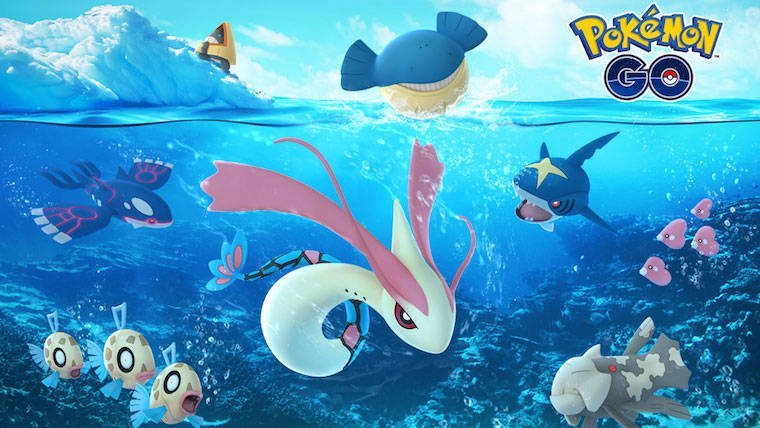 Pokémon GO‘s Christmas event was just announced and starts today (December 21) at 1:00pm PST. As one could expect from Pokémon GO holiday-based events at this point, this event includes sales on items, new Pokémon and a holiday-exclusive Pikachu.

According to the official announcement, this Pokémon GO event will see the return of the Santa Hat Pikachu that appeared during last year’s Christmas event, as well as higher spawn rates for Ice-Type Pokémon. There will also be twenty more Ice-Type and Water-Type Hoenn Pokémon entering the game, which, according to Serebii, include Lotad, Lombre, Ludicolo, Carvanha, Sharpedo, Wailmer, Wailord, Barboach, Whiscash, Corphish, Crawdaunt, Feebas, Milotic, Snorunt, Glalie, Spheal, Sealeao, Walrein, Relicanth and Luvdisc. Though nothing is stated about it in the official statement, the marketing art for this event also seems to imply that Kyogre may become available to fight in Raid Battles soon.

There has been no statement on the rumor from yesterday of Delibird entering the game for this event, though it is possible that it may start spawning as one of the Ice-Types with increased spawn rates for the event.