The latest news in the world of video games at Attack of the Fanboy
June 19th, 2017 by Dylan Siegler 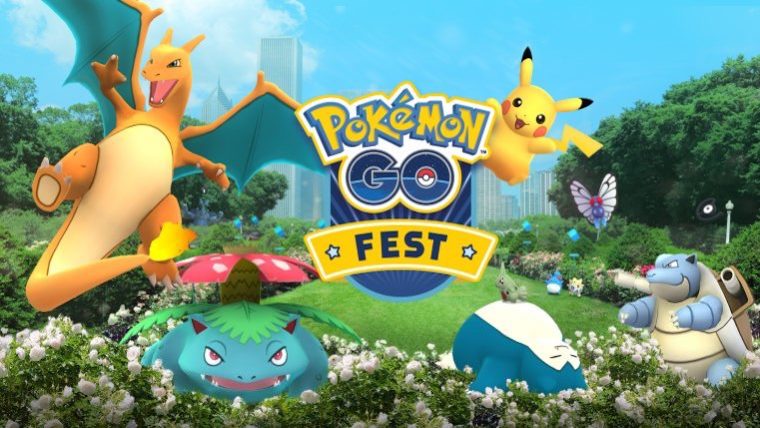 Not long ago, it was announced that there will be an event called Pokémon GO Fest to celebrate the first anniversary of the game. Not much about the event was revealed at the time, except that it will be a real-world event, as opposed to an in-game event. Recently, however, we got some details about what the event will entail as tickets for the event went on sale. And then tickets sold out within thirty minutes of becoming available.

So what would you have been able to experience had you been able to get a ticket? For one thing, the official Pokémon GO website promises “increased Pokémon encounters,” which will include “some [Pokémon] that have never been seen before in Grant Park” (Grant Park, Chicago, IL is where the event is taking place). A picture of a Heracross next to this bit of information implies that normally region-specific Pokémon may be found in Grant Park during the event. All region-specific Pokémon, and where they can currently be found, are as follows:

There will also reportedly be challenges that unlock in-game rewards that will be available to both players at the park as well as players around the world. Attendees can receive an “exclusive Pokémon GO Fest Chicago medal” for their profiles. There will be added PokéStops in Grant Park that will give players “special 2 km Eggs.” What a “special 2 km Egg” is is not specified, but it may be similar to the Egg event earlier this year that allowed Pokémon not usually found in 2 km Eggs to hatch from them. Grant Park will also have three Team Lounges, one for each team, where players can chill out and meet other members of their teams. The event will also have various photo opportunities around the park.

If you can’t make it to the event (and you likely can’t, since tickets are already sold out), then fret not. The Pokémon GO website asks you to “stay tuned for how to participate in Pokémon GO Fest,” even if you are not physically there.