Finding Pokémon with specific Natures will be much easier. 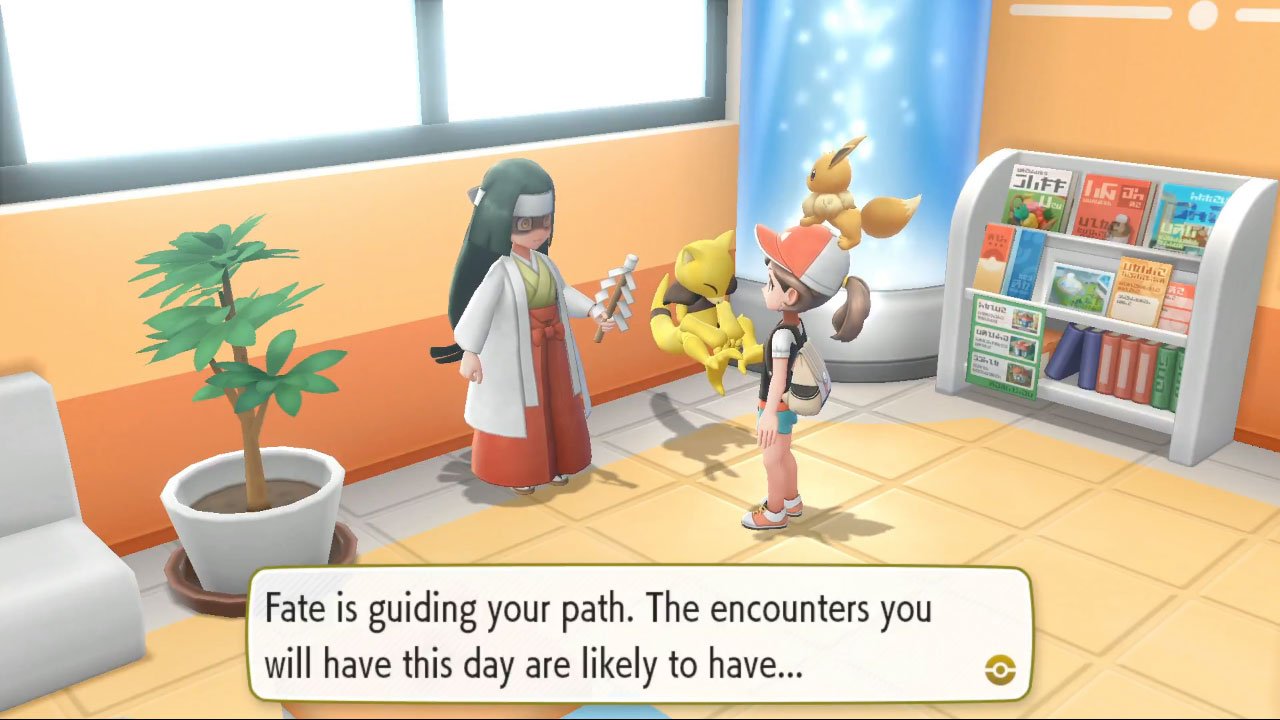 Today (November 1), Nintendo held a Direct that focused on Super Smash Bros. Ultimate. Immediately following this Direct presentation, a Nintendo Treehouse Live stream took place, during which gameplay from a number of upcoming Nintendo games was shown off. Two of these games were Pokémon: Let’s Go, Pikachu! and Let’s Go, Eevee! A lot of the gameplay shown for these games were things those following the development of the games have seen before, but there were a couple of new features shown off as well.

One of the things revealed during this Nintendo Treehouse Live stream was of the Exclusive Move Tutors that will appear in the game. The concept of Exclusive Moves in the Pokémon: Let’s Go games was revealed a couple of months ago, but it wasn’t entirely clear how players would be able to teach their Partner Pikachu or Eevee these moves. Now we know that Pikachu and Eevee can be taught a number of exclusive moves from flamboyantly dressed move tutors who can be found inside Pokémon Centers. These tutors appear to offer to teach your Partner Pokémon Exclusive Moves free of charge. It was also revealed that Eevee in particular can learn the new Exclusive Moves Glitzy Glow and Baddy Bad, in addition to the previously revealed Bouncy Bubble, Buzzy Buzz, and Sizzly Slide, though more details about these new Exclusive Moves weren’t revealed.

The stream also revealed a new mechanic in the Pokémon: Let’s Go games, the Fortune Tellers. Veteran Pokémon players are likely familiar with the concept of Natures, which increase certain stats while lowering others depending on the Nature. However, finding a specific Pokémon with the specific Nature you want it to have can be tricky. This new Fortune Teller mechanic will make finding a desirable Nature much easier. When talking to a Fortune Teller, who can also be found in Pokémon Centers, the player will be asked to choose two colors: one that they want more of and one they want less of. These colors correspond to stats, so you’re really picking which stat you want increased and which you want decreased. After making your selections, all wild Pokémon that you find for a while will have the Nature that corresponds with the increased and lowered stats you chose. For example, if you want to encounter Pokémon with Lonely Natures, which increase Attack while lowering Defense, you’ll tell the Fortune Teller that you prefer the color Red, which corresponds with Attack, and that you want less of Yellow, which corresponds with Defense.

Pokémon: Let’s Go, Pikachu! and Eevee! will launch on the Switch on November 16.