The latest news in the world of video games at Attack of the Fanboy
May 1st, 2017 by Kyle Hanson 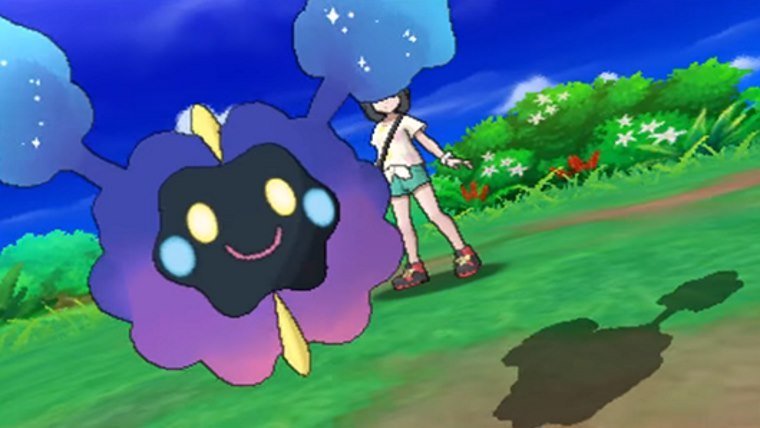 Ever since Nintendo revealed the Switch players have hoped and wondered if they’ll get an official Pokemon game for the device. Surely one is coming, but the real question is, will it be a full Pokemon game like Sun, Moon, X, and Y. These questions seemed to solidify around a single rumor, that Pokemon Sun and Moon would be followed up with Pokemon Stars on Nintendo Switch. This rumor has gone up and down in terms of credibility, but a new line of merchandise for the franchise has fans really excited.

Called the “Look Upon the Stars” collection, this new set of Pokemon shirts, plushies, accessories, and more is all centered around the “night’s sky.” Of course, this does fit with Moon, one of the latest entries in the series for Nintendo 3DS, but just having the word Stars in the title has fans anxious for what it could mean.

Pokemon Stars has been rumored for some time. The idea behind the supposed game is that it would be a third entry alongside Sun and Moon. The thing that separates it from those games would be that it is on the Switch, allowing it to be much bigger and more graphically intense than the 3DS counterparts.

How likely is it that we’ll see Pokemon Stars for Switch? Right now this is well in the rumor territory. Odds are pretty slim that all of this adds up to a full release. However, we will almost certainly get a Pokemon game on Nintendo Switch at some point. What for that game will take is the big question here.

It could just be a Colosseum like title, where players interact with Pokemon, but don’t actually go on an adventure to “catch em all”. This would be great, but fans are really dying to get the full Pokemon experience on the much more powerful system. Hopefully it pans out and we get Pokemon Stars, Eclipse, or whatever it ends up being called some time soon.