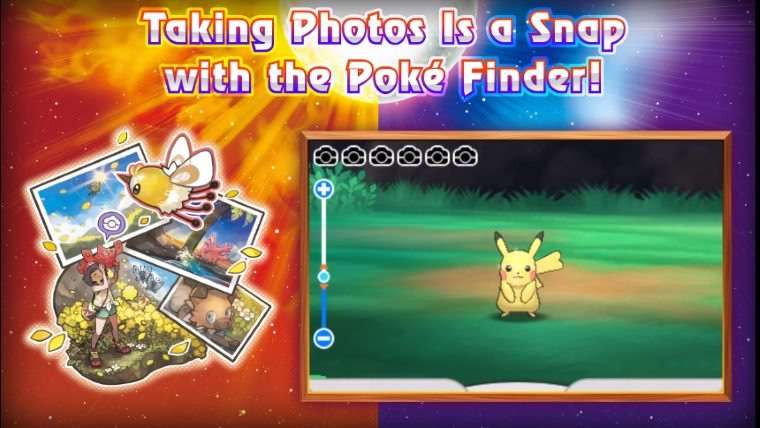 Nintendo and The Pokemon Company have released a brand new trailer for the upcoming Pokemon Sun & Moon. While we’ve already been given a ton of information about the games, this trailer seems to be jam packed with revelations, including the now-requisite new Pokemon and Alolan Forms. However, along with this comes some big news about Snap-like features, and a big difference between the two different versions of the game.

Pokemon Sun will take place at the same time as the player is playing the game, utilizing the internal clock of the Nintendo 3DS. Moon on the other hand will be time shifted to 12 hours later, most likely putting the player into nighttime or odd hours. How this will directly impact the game should be interesting, with different types of Pokemon spawning a different hours of the day.

It also seems like Sun & Moon will be taking a queue from the N64 classic, Pokemon Snap. The camera seems to be tied to the Pokefinder mechanic, allowing players to search the world around them for Pokemon, then take a picture of them. The image is then judged by others, giving either positive or negative feedback.

This is just the beginning of what this new trailer reveals though. There is also the unveiling of the Aether Foundation, a very nefarious looking group. While Team Skull has been said to be the enemy faction for these new games, it looks like the Aether Foundation could be up to some nasty business as well.

There’s still more though, with new Zygarde cells and cores to discover, and some brand new Pokemon. Check out the trailer below to see it all in action. Pokemon Sun and Moon hit the Nintendo 3DS on November 18th.

Ultra Beasts and the Aether Foundation Debut in Pokémon Sun and Pokémon Moon!