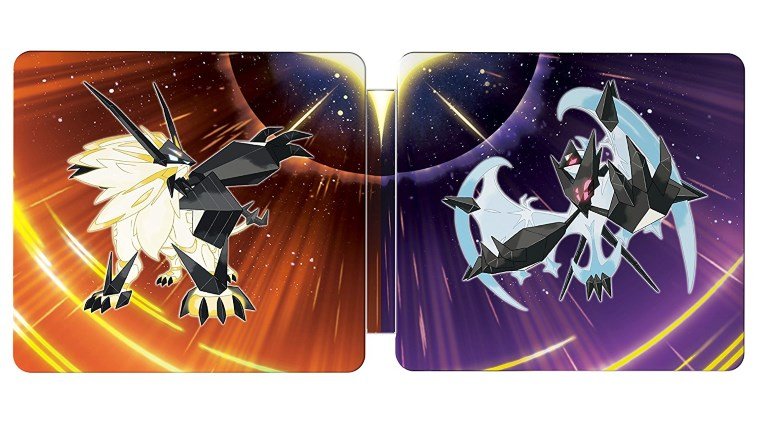 Looks like those who snagged the epic Pokemon Sun and Moon steelbook dual pack from Amazon before can get a matching release for Ultra Sun and Ultra Moon when it arrives later this year. Announced by way of a listing on Amazon Canada, the new Pokemon Ultra Sun and Ultra Moon steelbook dual pack is available for preorder now. It isn’t up in the US just yet, but expect it soon.

Pokemon Ultra Sun and Ultra Moon are essentially sequels to last year’s well received 3DS titles. We don’t have full details yet, but with a new story and additional creatures to find, catch, and train, it looks very much like what we saw with Black 2 and White 2 on the Nintendo DS.

Fans were excited by the new game’s announcement, but there was a tinge of disappointment due to the lack of a Pokemon game on Nintendo Switch. Of course, that announcement did come at E3 just a little while later, so hopefully fans have taken another look at Ultra Sun and Ultra Moon and decided whether or not it’s worth checking out on its own.

This dual pack offers a great way to get both games at a discount and with a fancy case. Those who want both games should keep an eye out for preorders when they go live some time later.