Pokken Tournament Out In Arcades Summer 2015 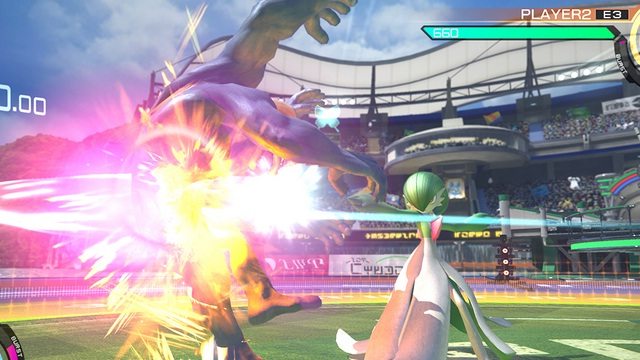 Bandai Namco has announced that Pokken Tournament is due to come out in Japanese arcades this Summer.

4Gamer reported the news as Bandai Namco made the announcement at the Japan Amusement Expo. Pokemon fans in Japan don’t have to wait long to get their hands on playing Pokken Tournament.

Pokken Tournament is being directed by Tekken’s Katsuhiro Harada. Harada is a busy man as he’s currently directing a lot of projects right now including Tekken 7 as well. This even includes Tekken X Street Fighter which still exists, but isn’t being talked about much these days.

Unlike traditional Pokemon games, Pokken Tournament is a fighting game. Players get to control their favorite Pokemon and make them fight. This isn’t like the turn-based system from the main games obviously.

Much like Tekken 7 as well, Bandai Namco is only talking about the arcade version of Pokken Tournament for now. They have chose not to officially comment if the game will get ported over to the Wii U. If the arcade version is popular enough, hopefully it eventually gets a console release.

Harada said in the past that obviously not every Pokemon will be able to be included in Pokken Tournament. If you want your favorite to be added in the game, you should contact him on Twitter.