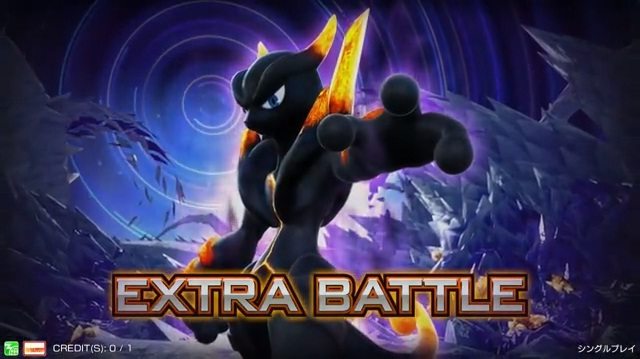 A recent Japanese livestream for Pokken Tournament reveals a new form for Mewtwo that has been unseen before.

As reported by NintendoWorldReport, a livestream for the game reveals a battle between Mewtwo and Gengar. The Mewtwo reveals a new form that has not featured in any other Pokemon game or cartoon before.

In Pokken Tournament, Mewtwo is darker and has some orange crystals sticking on his back. He is tough during this fight because he blocks a lot.

Mewtwo is ta boss in the game and this is his final form. It’s unknown at this stage if this form is exclusive only to this game, or we’ll see it appear in another Pokemon related media.

The arcade version of the game is out now and the character was added this week in an update. Many people would love to see him become playable at some point.

Pokken Tournament itself is an arcade game and will be ported over to the Wii U console sometime next year. Bandai Namco is developing the game with Tekken’s Katsuhiro Harada being its producer.

It’s possible even more characters could be added to the console release. Harada has stated in the past that obviously not every Pokemon character will be playable in the game. There’s like over 700 different Pokemon now.