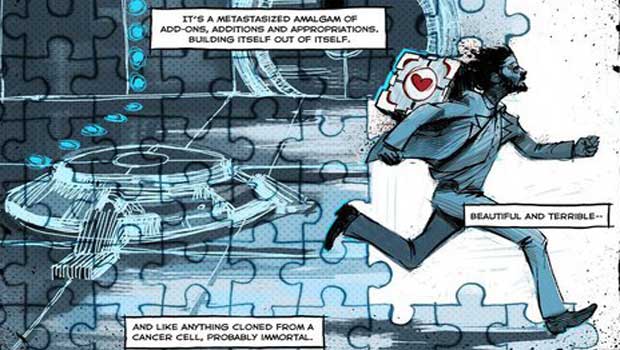 An online Portal 2 comic is coming soon.  Titled “Lab Rat”, the comic was produced at Valve in a collaborative effort.  The story in the comic will bridge the story gap between Portal 1 and Portal 2, which is said to be significant.  It is also rumored that the comic will feature a never before seen character according to IGN.  Speaking of IGN, that’s were the comic is gonna be found later this week.

A few pages of the comic have been posted up as a teaser, and this looks like its gonna be a must read for Portal fans that can’t wait until the 19th when the game is released.  In case you aren’t aware, we’re giving away three copies of Portal 2, winners to be drawn on April 17th.  For contest rules and instructions have a look at the Contest Page and good luck.