The latest news in the world of video games at Attack of the Fanboy
June 29th, 2017 by Jelani James 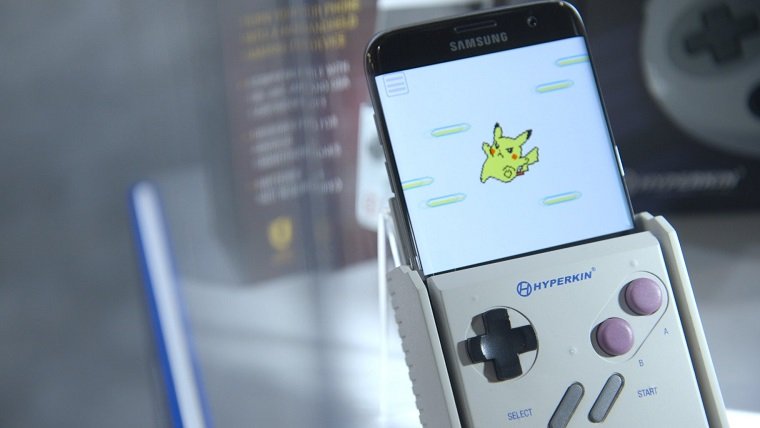 Hyperkin’s SmartBoy is a Game Boy aficionados dream device, allowing them to play Game Boy and Game Boy color games on their Android phone. Originally exclusive to the US and China, the device will soon be making its way to Europe come September thanks of PQube.

To those unfamiliar with the device, the SmartBoy essentially turns your Android phone into an enhanced Game Boy Color in both form and function.

To start, the front of the device possesses the classic layout of the Game Boy (Color), adding a physical D-pad and face buttons to your smartphone. The back of the accessory isn’t any different, as it possesses a slot where you can put in the cartridge of your choosing.

The only caveat (outside of the fact that there is no iOS version), is that it is only guaranteed to work with phones from the Samsung S8 line upwards. However, while the website does state that the aforementioned phones are ideal, it does note that “other Android device compatibility may vary,” possibly suggesting it will work with other handsets.

Of course, once you do have the proper phone (or happen to have one that works well), then the SmartBoy will grant the user access to more or less 1,600 or so Game Boy and Game Boy Color games, including classics like Tetris, The Legend of Zelda: Link’s Awakening and Super Mario Land — provided they have the original cartridge, of course.

The SmartBoy can also be used to control “other apps and games including GBA apps from Google Play,” but Hyperkin notes it is better suited to playing cartridges that you provide.

Both NTSC (North American) and PAL (European) cartridges are supported by the device.

Check out a video of it in action below: