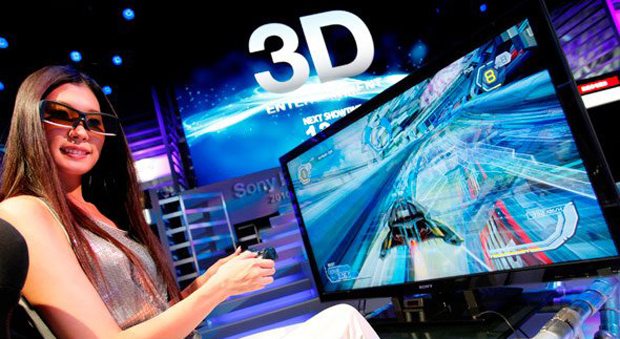 Gaming in 3D is going to be on the minds of all gamers in 2011 whether you like it or not.  Sony is gearing up to offer even more titles in 3D for the PlayStation 3 in 2011, and the company believes that gamers will embrace 3D even faster than they did HD.

“I think the benefits of 3D is a lot more tangible in an interactive experience. It is also the one 3D experience that is, to a great degree, not replicable outside of the home. Our role is to act as a pioneer, as evangelists and to help developers get the right experience with 3D games. We’ve done some great groundwork and I think you’ll see 3D games come to fruition next year.” – Industry Gamers

On the PS3 many of the AAA titles in 2011 will feature 3D as a major selling point.  Killzone 3, Uncharted 3, Motorstorm Apocalypse, even third party titles like Crysis 2 plan to take advantage of the infastructure that Sony has laid out for 3D gaming on the PS3.  With the release of Nintendo’s 3DS and Sony’s efforts in 3D gaming, 2011 is shaping up to be the year of the third dimension.