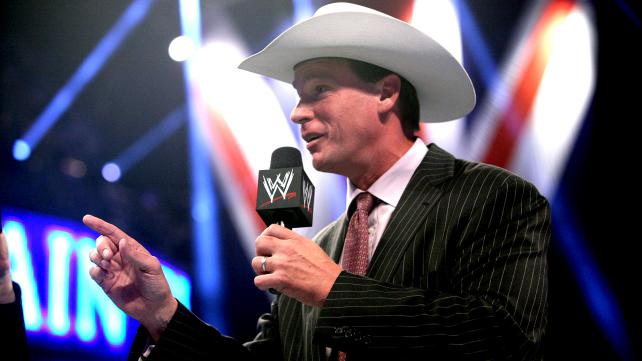 The PS3 and Xbox 360 versions of WWE 2K16 do not have the new JBL commentary like on the newer consoles. It sounds like the older consoles will never get him on commentary as future updates won’t add him in.

A fan wanted to know if JBL commentary will eventually be patched into the last-gen versions of WWE 2K16. The game’s community manager, Bryan Vore, answered that this is very unlikely.

He said: “Nah, there’s only so much space and resources to work with on those older systems.”

The PS3 and Xbox 360 are considered to be too weak to add the JBL commentary. If you own those systems, don’t expect future update patches to add new commentary from Mr Layfield.

Not that JBL’s commentary adds much to WWE 2K16 on PS4 and Xbox One. I’m a fan of Mr Layfield, but the lines he delivered in this year’s game lacks the enthusiasm he does in real life. It could be possible his lines were scripted unlike in the 2K Showcase mode where Jim Ross and Jerry Lawler were allowed to freely talk.

There’s still no word when the next update patch for the game will be arriving. Vore just mentions an announcement will be happening soon.