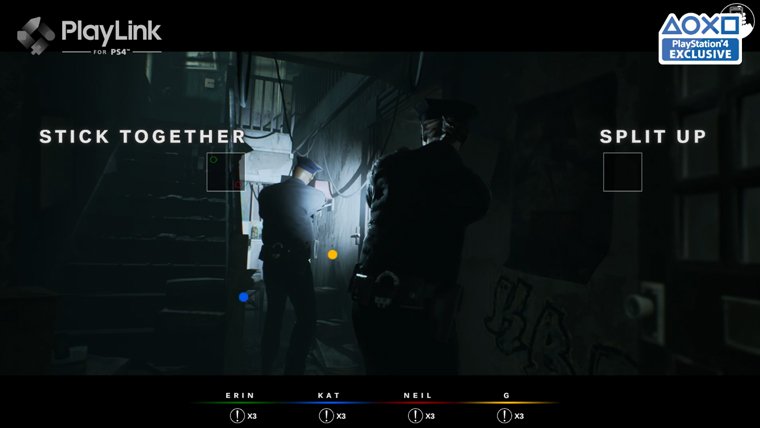 The creators of Until Dawn are taking their fresh approach to horror games to the next level with a new PS4 exclusive that expands on the cooperative experience. Hidden Agenda is based on the new PlayLink initiative that involves videogames that uses the players smartphone or tablets as a controler to promote cooperative play.

Hidden Agenda takes advantage of this by making each player able to take decisions that affect the story and their own chances of survival. The game puts players in control of a police detective and a district attourney who are investigating a series of crimes that have been commited in the city. Some examples of the dilemmas presented to the players are choosing between saving certain characters, facing enemies in different forms, or even the tone in which the characters will speak.

Not only that, but the game will also give each player a secret objective that they must accomplish to succeed, hence the title. Although the game is certainly more enjoyable played in group, it can also be completed in single player mode.

Through these gameplay mechanics, Hidden Agenda is expanding on the possibilities of Until Dawn, a surprise breakout hit of PS4 from 2015 which players enjoyed playing in group despite it only featuring a single player mode.

Hidden Agenda is expected to release this 2017 for PlayStation 4.