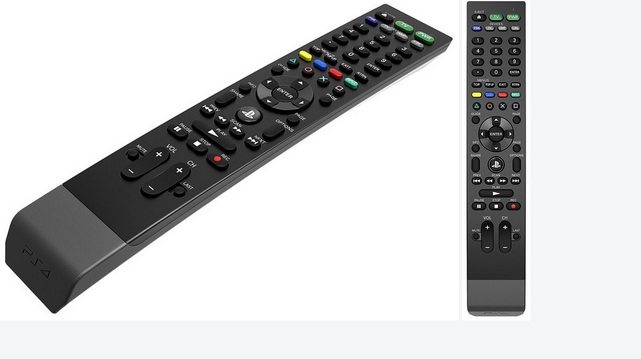 Sony has now officially announced it will be releasing a Universal Media Remote for the PS4 console.

Amazon actually leaked this product a few months ago, but it’s only now that Sony unveiled official details of the remote on the PlayStation Blog.

According to the PlayStation Blog, the Universal Media Remote will be released for U.S., Canada and Mexico in late October. It will allow you to navigate through the UI, some apps as well as Netflix, Blu-ray and DVDs too.

The Bluetooth technology also allows you to let it function with TV, cable box and audio receiver. The remote even has several buttons seen on the DUALSHOCK 4 controller such as the action buttons as well as Share and Options too.

The Universal Media Remote at launch functions with

The remote will retail for $29.99. This is helpful for non-gamers that might not be familiar using the buttons on the DUALSHOCK 4 controller. I noticed the WWE Network is not listed, but support is likely to come after launch as more apps will be compatible at a later date.