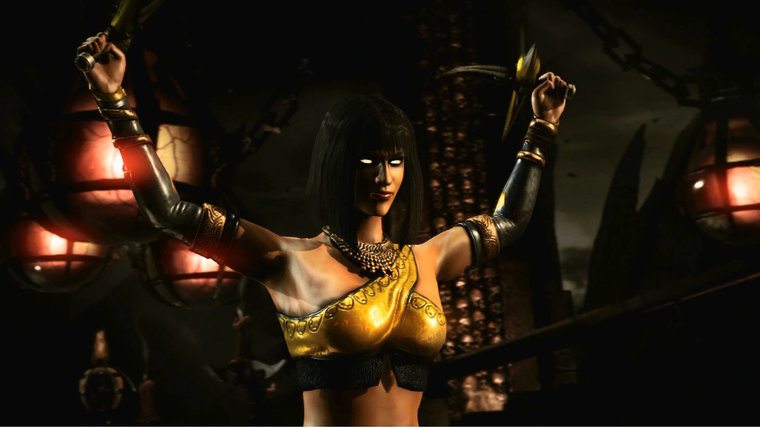 Mortal Kombat X had a very stellar on-disc roster by itself at launch, but NetherRealm Studios is also providing us with four more characters at the very least. The first of those was horror icon Jason Voorhees, which we absolutely loved upon his release last month. The next character up is a returning fighter to the series that first debuted in Mortal Kombat 4 and today she is officially available for Kombat Pack owners.

This technically isn’t Tanya’s first time in Mortal Kombat X, as she was already used as an enemy in the story mode. The one we are getting starting today is much more detailed and up to the standards of each and every character in the latest entry however, with three unique variations of her own. Tanya is not the only piece of DLC coming today to Kombat Pack owners, as the Klassic skins pack is also here that includes Klassic Liu Kang, Klassic Sonya Blade, and Klassic Kano.

Those who have not purchased the Kombat Pack will sadly not gain access to Tanya for another week, as the one week early access is one of the perks of purchasing the $29.99 pack. If you have not purchased it yet and would like Tanya today though, you can always still buy it now.

To promote the release of Tanya, NetherRealm Studios  released a launch trailer for the Tanya DLC, though you may want to skip it if you want to go in fresh upon downloading her.