PSN Has Been Restored in North America

The latest news in the world of video games at Attack of the Fanboy
May 15th, 2011 by William Schwartz 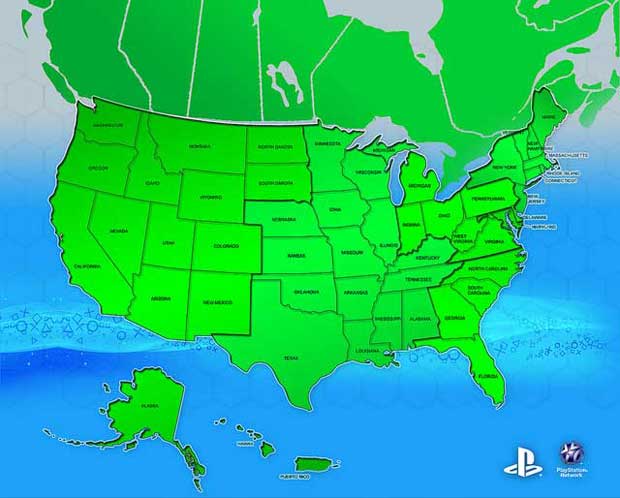 The PlayStation Network has been restored in North America .  All states in the U.S. have come back online as well as Canadian provinces and territories.  After nearly a full month of downtime filled with questions about the whats, whys, whos, and most importantly whens,  Sony has restored their free-to-play online service.  Hopefully, the PlayStation Network is back and more secure than ever before, and we can put these problems behind us.

Here’s the timeline on how PSN-gate 2011 played out.

April 19: Sony notices that unusual activity is taking place on PSN, including servers rebooting themselves. Sony’s network team begins internal investigation, finds more servers were compromised. Sony discovers “credible indications that an intruder had been in the PlayStation Network systems.” Sony begins shutting down all of PSN.

April 20: Sony hires security firm to investigate. PlayStation Network servers work intermittently, then go offline permanently. Players notice. Sony does not publicly announce evidence of security breach or investigation, but releases brief statement: “We’re aware certain functions of PlayStation Network are down. We will report back here as soon as we can with more information.”

April 21: Sony hires a second security firm to assist with the investigation. Sony issues another update to the public, which reads: “While we are investigating the cause of the Network outage, we wanted to alert you that it may be a full day or two before we’re able to get the service completely back up and running.”

April 22: Security teams continue to investigate. Three days after discovering “credible indications” that an intrusion had occurred, Sony reveals this to the public in an update: “An external intrusion on our system has affected our PlayStation Network and Qriocity services.”

April 23: Security team confirms that a “sophisticated and aggressive” hacker or team of hackers had gained unauthorized access and cleaned their tracks behind them. Sony issues another brief update, saying that it will now take extra time to fix PSN’s issues: “Our efforts to resolve this matter involve re-building our system to further strengthen our network infrastructure.”

April 24: Sony hires a third security firm tasked with, among other things, “determine the scope of the data theft.”

April 25: Forensic teams “confirm the scope of the personal data they believed had been taken.” Sonyissues a non-update. First outage report appears on Wired.com. The IDG News Service reports that Sony “has not yet determined if the personal information or credit card numbers of users have been compromised.” Anonymous denies responsibility.

April 26: Sony informs the public that personal information and possibly credit card details for over 70 million PlayStation Network accounts may have been leaked. Connecticut senator Richard Blumenthal writes to Sony concerning the “troubling lack of notification… about the nature of the data breach.”

April 27: Sony posts Q&A about the security breach clarifying points for consumers, including the fact that credit card numbers were encrypted. It says it expects to have services available “a week from yesterday,” or Tuesday, May 3. California congressperson Mary Bono Mack speaks out on data theft, plans a hearing.

April 28: A second Q&A says that Sony is evaluating plans for a “goodwill gesture” to its customers. Sony Online Entertainment tells its customers that, to the best of its knowledge, it was not affected by the data leak.

May 1: Sony holds press briefing in Tokyo, announces that some PlayStation Network services will be back “this week” (ending May 7) and detailing goodwill gesture: Sony will give 30 free days of its PlayStation Plus premium service to all of its members, plus a selection of free downloadable content. However, the PlayStation Store will not be online until later in May, it says.

May 2: Situation worsens: After telling customers of its Sony Online Entertainment service that their data was not involved in the breach, Sony now says 24.6 million SOE accounts were also potentially leaked, leading to a total of over 100 million compromised accounts. SOE abruptly takes its services, like DC Universe Online and Facebook games, offline. Sony declines to attend Congressional hearing on data theft.

May 3: Sony Computer Entertainment chairman Kazuo Hirai sends a lengthy written letter to Bono Mackwith detailed responses to the House’s questions. In the letter, Hirai writes that Sony had found a file left by the hackers that referred to the group Anonymous. (Later, Anonymous again denies responsibility.)

May 4: At House hearing, Congressperson Bono Mack blasts Sony’s approach to the situation: “In Sony’s case, company officials first revealed information about the data breach on their blog. That’s right. A blog. … Sony put the burden on consumers to ’search’ for information, instead of accepting the burden of notifying them. If I have anything to do with it, that kind of half-hearted, half-baked response is not going to fly in the future.”

May 5: Sony says it is in the final stages of internal testing of the rebuilt PSN. Sony Computer Entertainment America offers free identity theft protection to all U.S. PlayStation customers. Sony CEOHoward Stringer finally weighs in with a letter to customers, saying that it will bring PlayStation Network back online “in the coming days.” CNET reports that hackers are planning another attack.

May 6: Sony says it will miss its deadline for restoring PlayStation Network services by the end of the week, says it is in the final testing stages of the new system.

May 8: Christian Svensson, senior vice president of PlayStation Network game developer Capcom, says on his company’s forums that he is “frustrated and upset” by the downtime and that his company is losing hundreds of thousands, if not millions, of dollars in planned-for revenue.

May 9: Sony spokesperson in Japan tells Bloomberg that it is “unsure” when services will be restored, but that the plan to have everything, including PlayStation Store, online by May 31 is unchanged.

May 10: Sony’s Patrick Seybold posts a terse update on company’s official blog saying that there is no firm date for the restoration of PSN yet, and that it will take “at least a few more days.”

Source: Majority of Timeline from Wired

Home / Game News / PSN Has Been Restored in North America