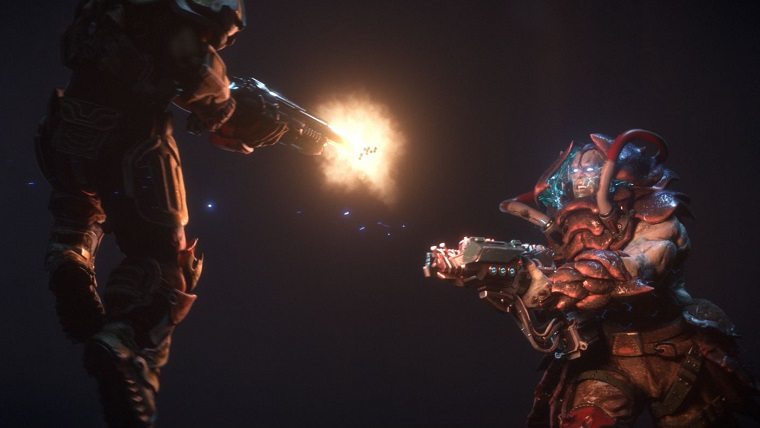 Quake Champions closed beta sign ups have begun and you can try to get in on the highly anticipated demo by clicking here. Quake Champions was a big surprise announcement at Bethesda’s E3 2017 Showcase, bringing the much beloved series back in a big way. The game has changed in a lot of different ways though, and people have been wondering what this new form for the long running series will be like. The Quake Champions closed beta will be the first chance for most people to try it out, though the game will also be playable at this weekend’s PAX East in Boston.

We’ll be there, and will be playing Quake Champions, so watch for a hands-on preview from the event. Bethesda always has a big showing at PAX East, and this year looks great with Quake Champions and a few other games. Prey is Bethesda’s biggest upcoming game for most people, though there’s been no official word on whether it will be playable on the show floor or not.

The beta sign ups are on the brand new website for the game, which also has a bunch of new details. Fans should definitely dig into the site at the link above. However, there is a surprising lack of details about the closed beta itself. There’s no release date or any info about what the demo will contain, such as maps or game modes. You simply enter your email address, sign up for the Bethesda newsletter, and you’re all done.

Quake Champions is set to release later this year, but so far we’ve had relatively little details about the game. We know it will be a class based shooter, bringing the fast-paced action of the series into the modern era, but little else. Hopefully more will be shared at PAX East or before this closed beta begins.