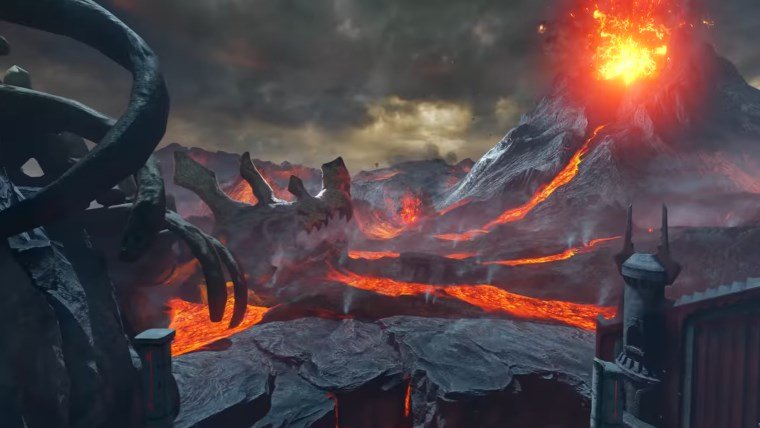 A new Quake Champions gameplay video has surfaced with tons of footage of a brand new map called Burial Chamber. This new arena looks gorgeous and features a lot of interesting architecture and design elements. Check out the video below that gives a nice walkthrough of the level with some authentic gameplay attatched, and be sure to click here to sign up for the Quake Champions beta.

“Step into the Burial Chamber and face judgement in the latest Quake Champions trailer,” reads the description. “From the wicked lava pools threatening to overtake the Arena, to the treacherous open spaces, nowhere is safe in the second Arena in our profile series. Skill is required to traverse this Arena, lest you find yourself tumbling to a molten death.”

Quake Champions has been pretty highly anticipated since its reveal during the Bethesda E3 Showcase. Fans have been begging for a new Quake game for some time, and this looks to deliver on the promises of the series. Fast action and quick reflexes are the name of the game. Fantastic new visuals and a slate of differently styled Champions rounds things out to make it a more modern styled experience.

This combination of classic and modern is definitely causing some worry among the most hardcore of fans. With Bethesda and id Software behind the wheel there’s little to worry about though. Everyone was just as concerned for Doom and it turned out as one of the best FPS games in some time, delivering exactly what fans had been asking for all those years.

Quake Champions can easily do the same, and if our hands-on time at PAX East is anything to go by, it’s on track. The game was ridiculously fast and had that classic FPS feel that has been missing from other series. Find out in the closed beta, or when Quake Champions launches at a later date.