The latest news in the world of video games at Attack of the Fanboy
December 3rd, 2015 by William Schwartz 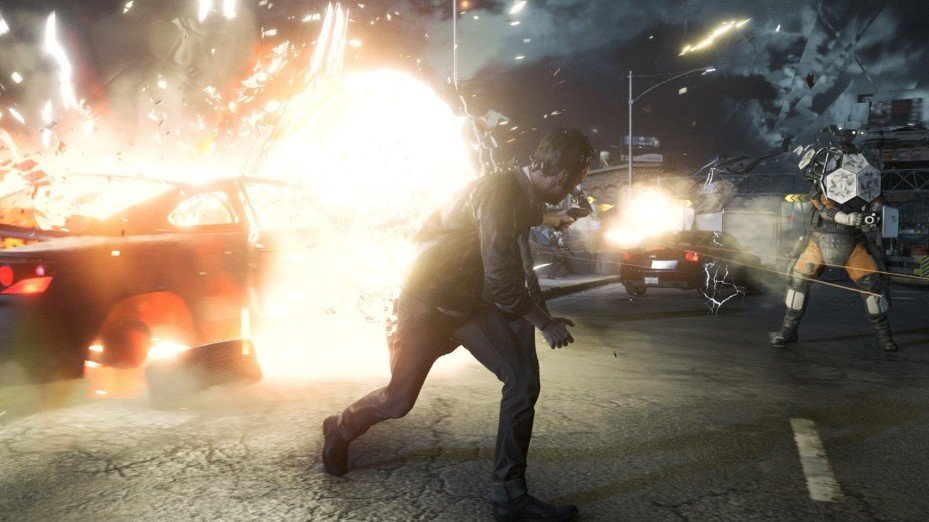 Remedy Entertainment’s  new IP, Quantum Break, was first announced back in 2013, and has gone through a number of development changes until its new reveal at Gamescom 2015. A plethora of new details has since been released in way of video diaries by Sam Lake. At the Game Awards 2015, a new gameplay trailer was released, showing off the incredible time-bending controls that players can expect when it releases in April 2016.

Quantum Break will be a transmedia title, featuring both a TV show and the game itself, with the show being influenced by the choices made in the game. Shawn Ashmore stars as the main character Jack Joyce, who becomes wrapped up in the conspiracies of the powerful Monarch Corporation from the future.  Only a little gameplay has been shown before this trailer, and its nice to see it coming to fruition, especially since its my most anticipated title of 2016.

Players can expect Quantum Break on Xbox One in April 5th, 2016.