The latest news in the world of video games at Attack of the Fanboy
July 25th, 2016 by William Schwartz 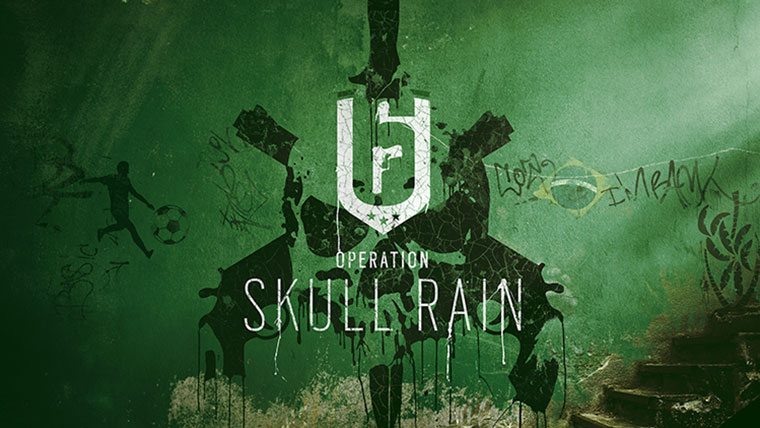 The next Rainbow Six expansion is set to arrive in early August, according to a recent announcement from Ubisoft.  On August 2nd, the “Skull Rain” expansion will release for the Xbox One, PlayStation 4, and PC.

The Skull Rain Expansion for Rainbow Six includes two new Brazilian operators from the BOPE Organization (Batalhão de Operações Policiais Especiais).  As usual, the new operators will be instantly available for Season Pass holders upon release and will remain exclusively available to them for seven days.  After that, players can purchase them with in-game currency.

The BOPE Operators include one attacker and one defender.  Caveira is the defensive operator.  Her special ability is “Silent Step” which allows her to sneak up on enemies, immobilize them, and then reveal teammate locations.  Her weapons include an M12 & and a SPAS-15, with the ability to carry a sidearm as well as C4 and Barbed Wire.

The Attacker is Capitão.  She carries a tactical crossbow that can fire bolts that asphyxiate targets by burning the oxygen in the room within a certain radius.  She can carry micro smoke grenades as well that can help teams with cover.  She carries an M-249 or PARA-308 as primary weapons, and can also bring along frag and stun grenades.

Alongside the two new characters, Ubisoft is making some changes to the game as well.  A new game mode called “Tactical Realism” will be released, and in it, players will no longer be able to mark enemies, as well as a revised HUD to add to realism.  The mode also has no kill confirmations, and a more realistic magazine management feature.