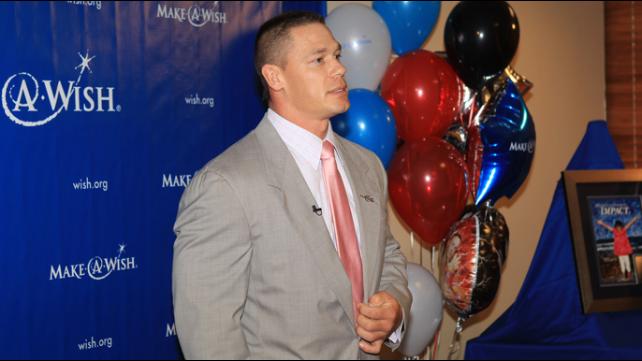 By helping raise money for charity, one lucky wrestling fan could get a chance to play WWE 2K16 early with John Cena.

PlayStation Heroes is a special promotion by Sony that helps raise money for charities like Make-A-Wish and more.

If you participate, you will be able to purchase special Wrestling Ring themes from the PlayStation Store. If you do that, you may get the chance to play WWE 2K16 with John Cena himself.

PlayStation Heroes is an app that appears on the North American version of the PlayStation Store. July is Cena’s month and his chosen charity is Make-A-Wish.

After the month is over, a winner will be selected to play games with Cena. It’s possible the winner will play an early demo version of WWE 2K16.

Other PlayStation Heroes participants will be able to watch Cena and the winner play games via the app as it will be livestreamed. It’s possible the winner will be much better at playing video games the current US Champion.