The latest news in the world of video games at Attack of the Fanboy
August 23rd, 2015 by Damian Seeto 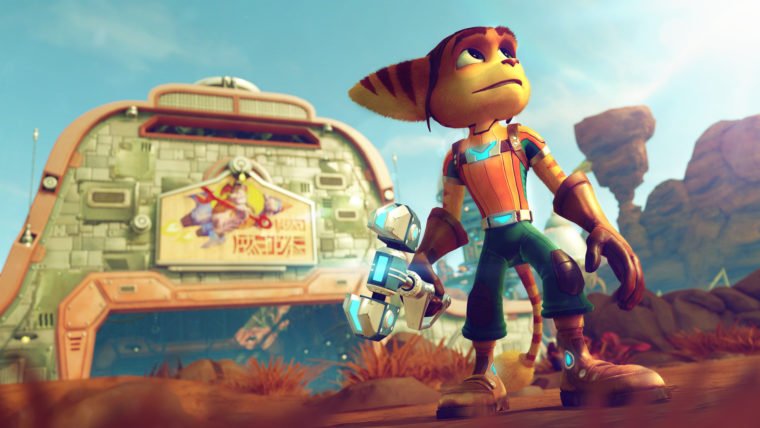 Apparently the E3 demo for Ratchet and Clank PS4 has now been set up in some Gamestop stores in North America.

A user from Reddit got to play some of the game at his local Gamestop store. He even uploaded some photos on imgur as proof for playing the game.

It’s possible not every Gamestop store will have the Ratchet and Clank demo set up, but you can call up your local store to see if they have it or not.

Ratchet and Clank PS4 is not out until Spring 2016, so it’s interesting this Gamestop store has a kiosk for a game that won’t be for another seven more months or so. Usually demo kiosks are dedicated to games coming soon, or have just come out.

The same user on Reddit then took to Twitter to ask Insomniac Games if they could put up the demo on the PlayStation Store. Insomniac Games said that is up to Sony to decide.

2016 will be a great year for fans as not only is the PS4 game coming out, but the animated movie will be released around the same time too. Hopefully it breaks the mold to become an actually good video game movie. This weekend’s Hitman: Agent 47 is another disappointment…