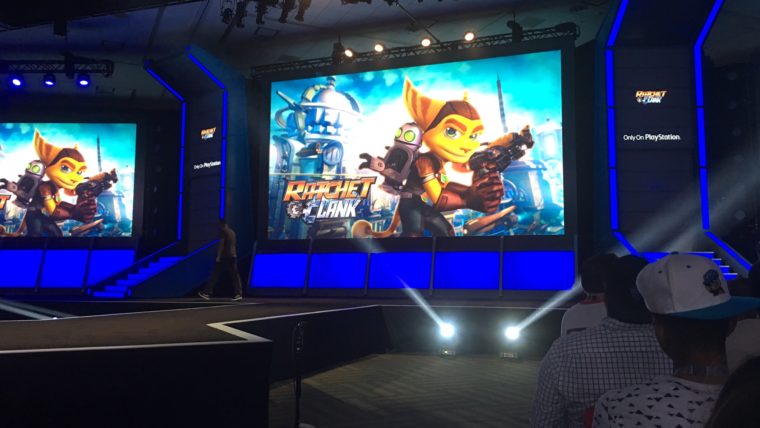 Brand new footage for Ratchet and Clank for PS4 was debuted at Sony’s keynote at PlayStation Experience 2015. Starting with a gorgeous cinematic trailer, we saw Ratchet and Clank meet for the first time, following a unfortunate crash-landing for Clank. The gameplay showed off a seemingly new planet, with the Combuster, Groovitron, and the all-new Pixelator shown off.

Finally, it was revealed that Ratchet and Clank for PS4 will be released on April 12th, although there was no clarification on whether this was a worldwide release. Ratchet and Clank the movie will debut in theaters across North America on April 28th.