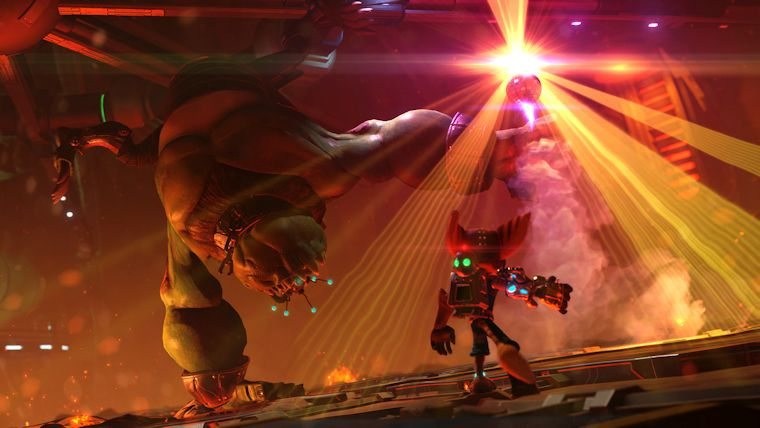 The Ratchet and Clank PS4 game is at the top of the UK video game charts this week. The strong sales of the game show that fans still love the platforming duo.

As noted by GFK Chart-Track, Ratchet and Clank PS4 held the top spot on the All Formats chart again. Sales dropped by 49 percent and it was the first Sony title since The Last of Us: Remastered to have consecutive weeks on the top spot.

Ratchet and Clank is the 7th biggest launch for a first-party PS4 title and is the fastest selling game in the entire franchise. The great reception for the game makes up for how dismal the film is performing right now.

Thanks to the release of the Eclipse DLC pack, Call of Duty: Black Ops 3 sales rose by 82 percent to be in the number two position. Dark Souls 3 sales dropped by 29 percent to round out the top 3.

The only new release this week was Yo-Kai Watch for the Nintendo 3DS. It placed at number 14 on the charts. Next week should be interesting as Battleborn is out and the week after comes the long awaited release of Uncharted 4: A Thief’s End.