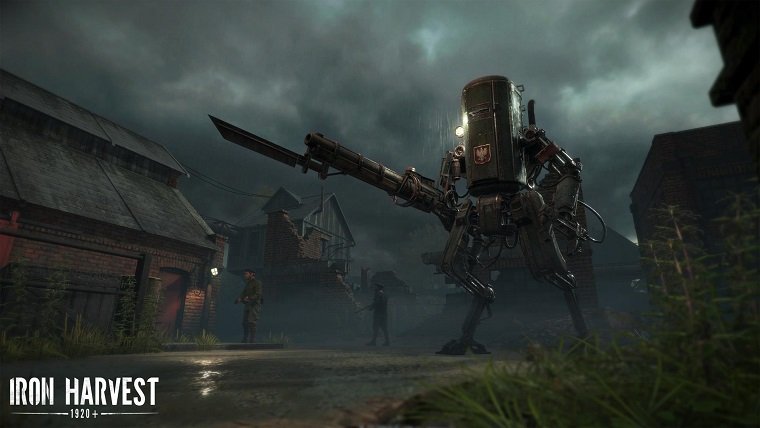 Iron Harvest is set in an alternate reality of 1920+, an imagined world created by Polish artist Jakub Różalski. Its name represents the harsh environments that plagued farmers after he first World War. “After World War 1 farmers found a plethora of unexploded ordnance, barbed wire, weapons, shrapnel and bullets while ploughing their fields. They called it the Iron Harvest,” the official website says.

Różalski initially said in a Facebook post before the game was fully unveiled that 1920+ is a “period when tradition clashed with modernity, and the world was still full of mysteries and secrets.” The main difference in his alternate vision is the presence of powerful walking machines due to technological development.

Players will lead heroes, mechs, and soldiers into battle as factions fight for power and influence. Cover mechanics and dynamic destruction will play vital roles in combat. The teaser trailer gives players a short look at how this will play out.

Iron Harvest will release for Xbox One, PlayStation 4, and PC, but an exact launch date has not yet been revealed. It is expected to release next year in 2018.