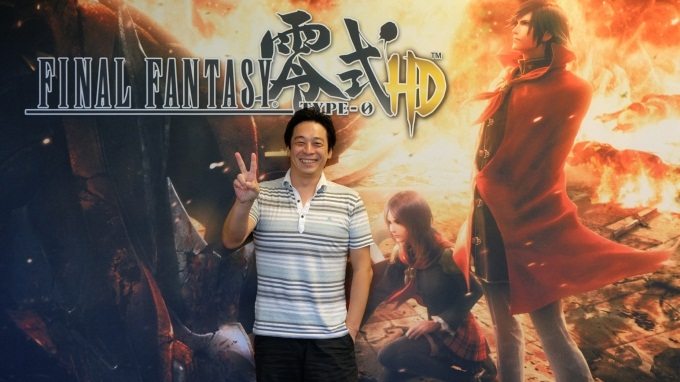 Final Fantasy Type-0 HD director, Hajime Tabata, has revealed in a new interview why the game was made for the PS4 and Xbox One consoles.

Square Enix Members had a chance to interview Tabata. Most of the discussion was geared towards Final Fantasy Type-0 HD, but he did touch briefly upon what is in store for us in Final Fantasy XV.

Square Enix Members asked him why Final Fantasy Type-0 HD has been made for the PS4 and Xbox One. Everyone feels it’s a huge leap considering the original game was only for the PSP. Tabata explained that fans would receive “a deeper and prolonged experience” with the game being released on a “larger medium”. He said with the bigger home consoles, there will be “replay value” to reach to a wider audience than before.

Tabata didn’t say much about how Final Fantasy XV is going, but promised the combat system in the game will be insane. Hopefully more details will be shared about the game soon.

For now, we can expect the release of Final Fantasy Type-0 HD to come out first sometime in 2015.