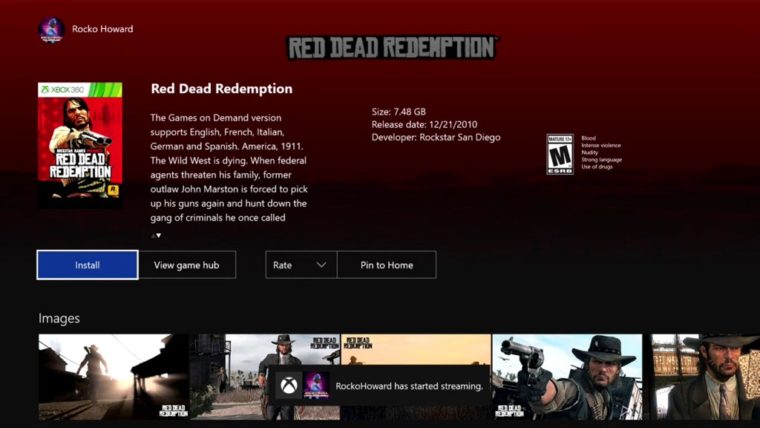 It looks like the long awaited Red Dead Redemption is now available to play for some Xbox One owners. You can now play the digital Xbox 360 version on the Xbox One.

As shared by a user on NeoGAF, he showed the above screenshot showing that he can now install the Xbox 360 version of Red Dead Redemption on his Xbox One console. Only the digital version works so disc owners may have to wait.

Bear in mind, not every user is able to play Red Dead Redemption just yet. However, some users have been able to download it already so this is a sign that either Rockstar or Microsoft will be making an announcement for it very soon. You may have to wait a bit if you cannot play the game as of today.

In other backwards compatibility news, another NeoGAF user found out that Tekken Tag Tournament 2 and Castlevania: Symphony of the Night are on their way too. Hopefully an official announcement on all three games will be incoming next week.

Anyway, this is big news as it’s the first Rockstar game to be included in the Xbox One backwards compatibility game list. Red Dead Redemption was the most requested game to be playable so it’s nice that both Rockstar and Microsoft made an agreement to make fans happy.